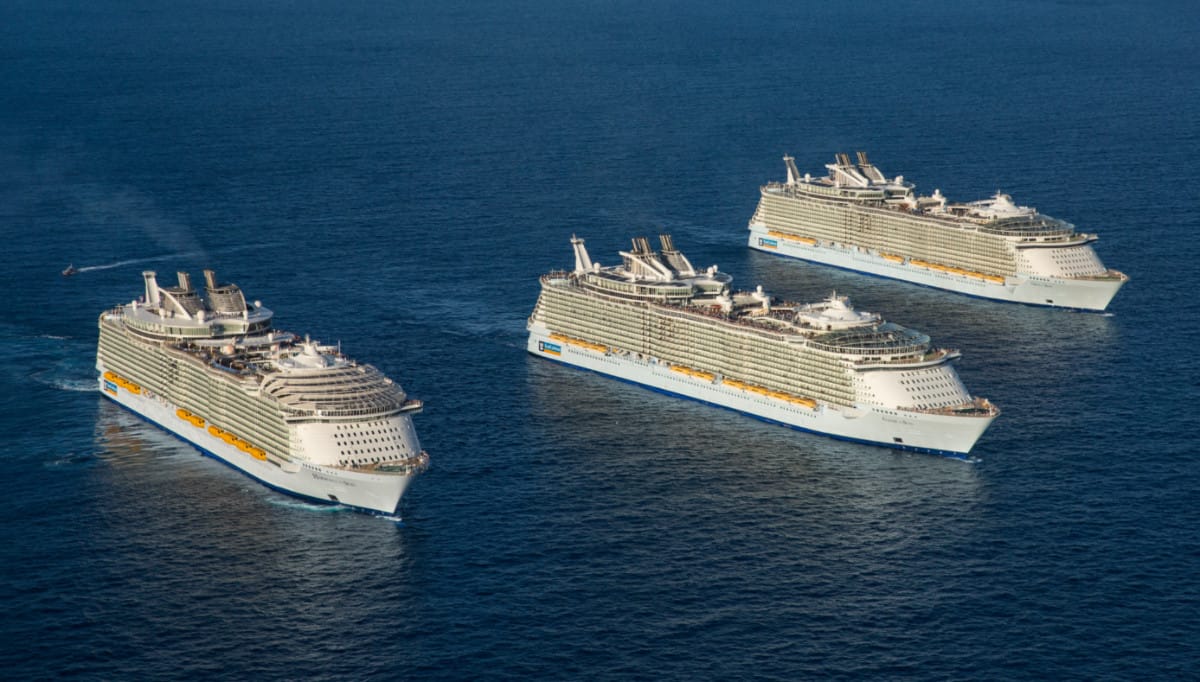 When the Oasis class was launched in 2009 with Oasis of the seas the world watched in amazement. Not only was it incomprehensible that these huge blocks of steel could float, a fact many can appreciate when seeing one of these behemoths in real life, but the fact that they were filled with what there is to it. newer and better to do at sea has taken the breath of a lot of people. a way.

Since Harmony of the seas first sailed after the pandemic in mid-August this year, Royal Caribbean has regularly returned Oasis-class ships to service. Today, all four ships are operational, from Europe to New Jersey and Miami.

And, there’s even better news as the fifth member of the family, the world’s largest cruise ship when it launches next year, Wonder of the seas recently completed its first sea trials. We take a look at where each of the Oasis-class ships is currently located, where they have been and where they are now sailing.

Allure of the Seas Sailing from Port Canaveral

Currently, Allure of the Seas Always cruises the Caribbean on a mix of Eastern and Western Caribbean cruises.

Allure of the Seas made her maiden voyage in 2010. With a berth capacity of 5,492 and a gross tonnage of 225,282 she held the title of the world’s largest cruise ship for six years until Harmony of the seas arrived at the scene in 2016.

Symphony of the Seas sailing from Miami

The ship that currently holds the title of the world’s largest cruise ship was the the second Oasis-class ship will resume operations when she sailed on August 14, 2021.

Departing from its home port of Miami, the first cruise in its restart of operations departed Miami for a 7-day Western Caribbean cruise to Costa Maya, Roatan Island, Cozumel and a perfect day at CocoCay, in the Bahamas. The stopover in Cozumel was canceled on her first cruise due to the arrival of Hurricane Grace.

The ship will continue to offer seven-night Eastern and Western Caribbean cruises from Miami until 2022.

Symphony of the Seas is the current record holder for the world’s largest cruise ship title. She first sailed in 2018. The 228,081 gross tonnage vessel can accommodate 5,518 guests in 2,759 rooms. Passengers on board can enjoy 7 distinct neighborhoods, famous Central Park, 20 different dining options, 4 swimming pools, 10 hot tubs and of course The Ultimate Abyss Waterslide.

Harmony of the Seas Sailing From Barcelona

Harmony of the seas is the only Oasis class ship navigate the Mediterranean and Europe. The ship, which was the world’s largest cruise ship between 2016 and 2018, resumed operations on August 15, a day after Symphony of the Seas sailed to Miami.

Harmony of the seas calls Barcelona her home as she cruises the western Mediterranean. Palma de Mallorca, Spain, and Florence, Rome and Naples in Italy.

Currently, the second largest liner in the world and built by STX France at the Saint-Nazaire shipyard, third ship in the Oasis class, Harmony of the seas, was delivered in May 2016. The vessel measures 226,963 gross tonnage, has 2,747 cabins and can accommodate 5,479 passengers.

Oasis of the Seas sailing from New Jersey

The first in its class and the cruise ship that has stunned the world. At the time of delivery, she was almost 50% larger than Freedom Class ships, also sailing for Royal Caribbean. She was also five times the size of the Titanic. Although it is no longer the largest in the world, the recently updated Oasis of the seas is New Jersey’s longest cruise ever.

The cruise ship restarted from Cape Liberty cruise port in New Jersey September 5. This is the ship’s first time docking at Cape Liberty, sailing on seven-night Bahamas cruises that call at Port Canaveral, A Perfect Day at CocoCay and Nassau.

Starting in November, the ship will begin seven-night Eastern and Western Caribbean cruises departing from the cruise capital of the world, PortMiami, Florida.

Wonder of the Seas is coming March 2022

When it launches next year, it will be the new largest cruise ship in the world. Despite this, it is not yet launched, it is already turning heads. Wonder of the seas, which recently completed its first sea trials, will measure an impressive gross ton of 236,857 tons, will have a capacity of 5,734,267 cabins and all the modern comforts imaginable.

The 5th Oasis Class cruise ship was to begin cruises in China and become the largest cruise ship to ever leave the country. Its maiden voyage was scheduled to depart on March 26, 2022 from Shanghai, China.

Royal Caribbean has only recently changed this. Wonder of the seas will now have Fort Lauderdale, Florida as its home port, its first cruise departing from Port Everglades on March 4, 2022.

Pirate Princess Episode 7 Review – But Why Tho?