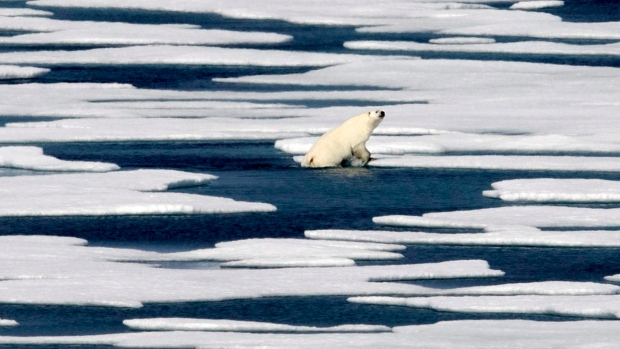 TORONTO – An arctic oasis that serves as a lifeline for indigenous people is in danger of disappearing, according to a recent international study.

The area known as North Water Polynya, located between northwest Greenland and Ellesmere Island in Canada in northern Baffin Bay, is home to polar bears, walruses and narwhals.

Researchers at the University of Helsinki and about 24 other universities around the world studied microfossils and chemical biomarkers preserved in sediments to trace a 6000-year period of the region’s history and gain a better understanding of the area. current state of its ecosystem, as well as its trajectory. Their findings were published in July.

“This area, the most important oasis in the Arctic, is likely to disappear if temperatures continue to rise as expected,” researcher Kaarina WeckstrÃ¶m, of the Environmental Change Research Unit of the United Kingdom, said on Friday. ‘University of Helsinki, in a statement.

The region was stable and created good conditions for life forms around 4,400 to 4,200 years ago, when people crossed the frozen Strait of Nares between what is now Canada and Greenland.

However, during warmer climatic periods of 2,200 to 1,200 years ago, the area was unstable and less productive, resulting in reduced populations of zooplankton, fish and marine mammals.

â€œAccording to archaeological findings, there were no inhabitants in the area during this period,â€ WeckstrÃ¶m said. “This is a mystery that can potentially be explained, in light of the research results, by unfavorable conditions for people dependent on hunting and fishing.”

Temperatures in the Arctic oasis have never been higher in the past 6,000 years than they are today in neighboring northwest Greenland. Global warming and shrinking sea ice are making the region unstable again.

It survived mainly thanks to favorable currents, winds, and an ice bridge to the north, which moved drifting ice away into the Arctic Ocean. However, global warming threatens this bridge.

â€œIt would be important at least to slow down climate change, so that the indigenous peoples of the Arctic would have some sort of chance to adapt to their future living conditions,â€ WeckstrÃ¶m said. “Again, as the history of the Polynya suggests, if we can reduce greenhouse gas emissions and mitigate the rise in air temperature, the Arctic sea ice and the Polynya can be restored.”

The international study, Vulnerability of the Northern Water Ecosystem to Climate Change, was published in the journal Nature Communications on July 22.