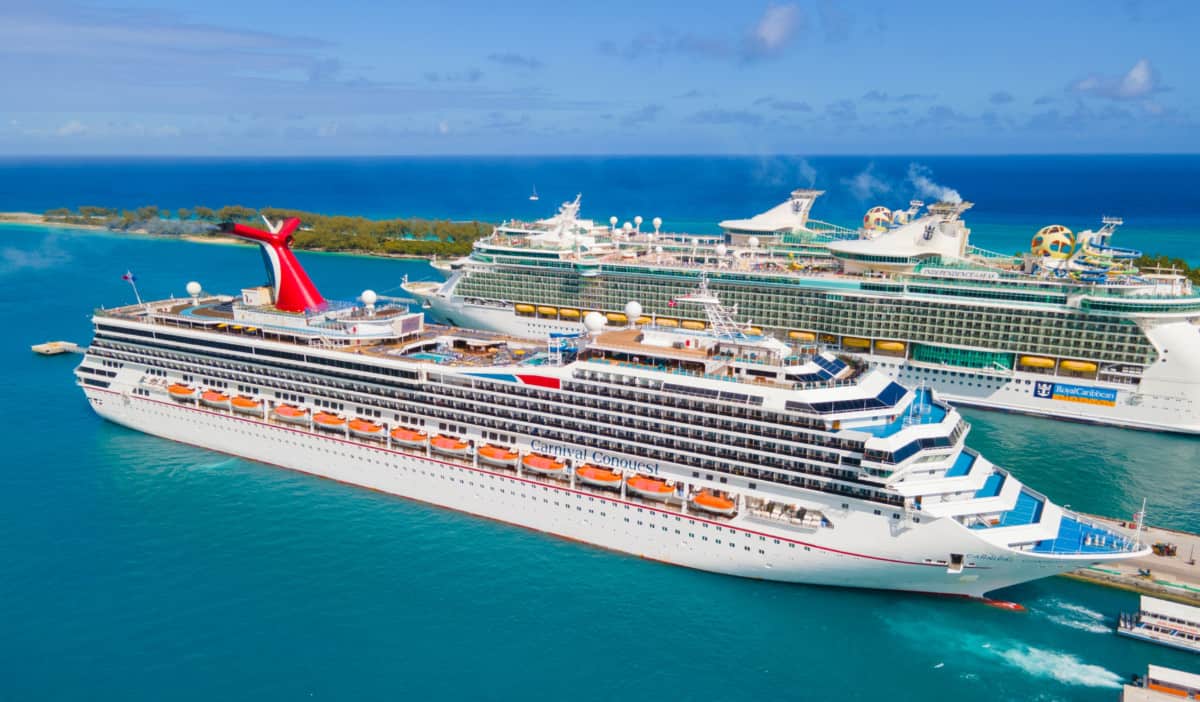 It’s time to find out what happened last week on the major cruise lines in this cruise news update. Developments on two Norwegian Cruise Line ships, re-opening of Australia and even new boarding improvements for a cruise line.

In this weekly cruise news updatethere are updates on two Norwegian Cruise Line ships that are currently having issues, construction officially begins on Carnival Cruise Line’s third Excel Class ship, new Holland America Line upgrades that are for all sailings, Australia is set to reopen to cruise ships after two years and the CDC is lowering its cruise travel advisory.

The shipbuilding team celebrated maritime tradition with confetti and champagne at the Meyer Werft laser cutting center. The builders cut a silhouette of the ship out of steel, which everyone present signed. A special plaque was also cut from the same piece of steel to commemorate Carnival’s 50th anniversary.

When completed, the 344.5 meters, 182,800 gross tons Carnival Jubilee will be the third LNG-powered cruise ship to sail for the Miami-based cruise line. The hugely popular and successful sister ship Mardi Gras joins the fleet in 2021.

Carnival Jubilee will first sail on October 30, 2023. The maiden voyage will be an 18-day transatlantic crossing from Southampton. The ship will then begin sailings from Galveston, Texas in November 2023.

On Monday, March 14, the Norwegian getaway ran aground departing from Taino Bay, Puerto Plata in the Dominican Republic. With the help of local authorities, including two tugs, the Breakaway-plus class cruise ship was finally freed in the early hours of Tuesday, March 15.

The ship was safely brought back to the Puerto Plata cruise port so that any damage could be assessed. And apparently there was some minor damage to the Norwegian Escape, so as a precaution, all guests have been notified that the trip has been canceled and all guests are being sent back to the United States.

The return of all the guests was not smooth, as many do not have passports! The cruise line is working to resolve the situation and some passengers have already disembarked from the ship. NCL is arranging alternative and charter flights for customers returning to Orlando, Florida.

The Norwegian Escape was on a seven-night Caribbean cruise and Purto Plata was the first port of call on the trip. The cruise line not only canceled the March 12 cruise, but also the following March 19 cruise so repairs could be made.

the The Australian government has confirmed that the country would not renew the ban on international cruise ships arriving or departing from its ports. This means the ban will end on April 17, 2022, paving the way for the cruise industry to restart.

The country’s cruise ban was last extended in February 2022 and was previously due to end on February 17.

Passengers will need to be fully immunized and cruise ships will need to implement appropriate outbreak management and operation plans.

It’s been a long time to resume cruises in Australia, which has remained closed to the industry for more than two years since the industry-wide suspension began in March 2020. The cruise ban was part of the Australian Biosafety Act 2015.

The cruise industry has proven it can deliver great, safe cruise vacations and is putting the pandemic aside as cases drop and more ships return to business. the The CDC has lowered its travel advisory for cruise ships again, reiterating that cruising is always going in the right direction.

The travel advisory is now at Level 2, the lowest since the pandemic began and when the cruise industry suspension began in 2020. The CDC now says, “Make sure you are up to date with your COVID-19 vaccines before traveling by cruise ship.”

The advisory was last updated on February 15, 2022, when it was downgraded from Level 4 to Level 3.

Cruising has remained safe, with cruise lines implementing strict protocols from guidance from the CDC and health experts. Procedures are in place to deal with all cases.

More cruise ships are returning with guests on board, and cruise ships operating in U.S. waters fall under the CDC’s voluntary program. Readers can check the case status for each ship in the program on CDC Cruise ship color status page.

Holland America Line rolls out improvements to make it easier for passengers before the cruise and during the boarding process. Holland America is implementing the use of mBark facial recognition. The Mobile system allows customers to check in for their cruise in 10 seconds, which will significantly speed up boarding.

Customers will also be able to start using the VeriFLY digital wallet app, allowing them to get their vaccination status and approved tests ahead of a cruise vacation. Carnival Cruise Line, owned by the same parent company Carnival Corp, has already launched the VeriFLY option for all its US sailings.

In March, the VeriFLY option was introduced for the first time on the new Rotterdam cruise ship. It will now be rolled out to the entire fleet by the end of March and available on Holland America ships when they return to service. The detailed new improvements affect cruise departures from all US, Canadian and European homeports.

As a result, the scheduled call to Cozumel, Mexico was canceled on March 17, 2022. norwegian joy was supposed to arrive around 8:00 a.m. and not leave until the evening. The ship returned directly to its home port of Miami, Florida. Repairs should take place in PortMiami.

The following cruise is an identical seven-night Western Caribbean itinerary and is yet to continue.

The ship is part of the large Breakway-plus class, has 167,725 gross tons and has a capacity of 3,804 passengers in double occupancy. norwegian joy was built in 2017 and was last renovated in 2019.

It was just another busy week in the cruise industry and we have all the cruise stories including limitations on initial departures for pride of americafairer for customers when it comes to refunds, Norwegian Cruise Line reveals godmother for the new norwegian primaMSC cruise ship withdraws from the Baltic seasonRoyal Caribbean launches a new hotel booking engine, confusion between P&O Cruises and P&O Ferriesand more.

Harmony Day: There is no shortage of multicultural stories to tell, they just need to be heard | The Armidale Express