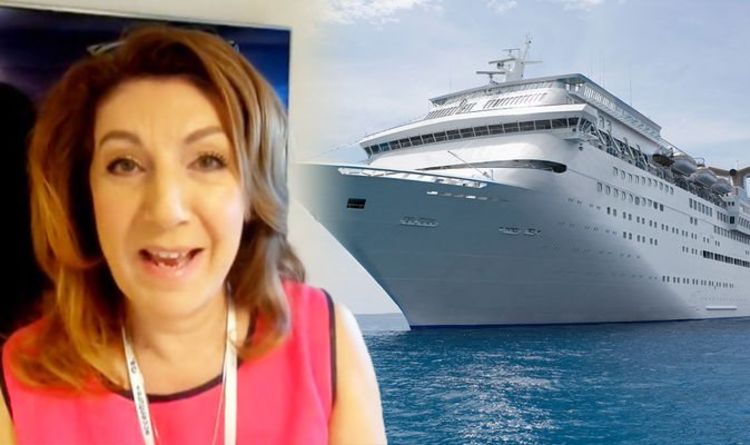 Jane McDonald appeared for the second installment of the Channel 5 cruise show. She gave cruise enthusiasts a tip that she learned “only from experience.”

The singer went on to say that one in eight trips taken by the British are on cruise ships and she shared her love for the relaxing adventure.

Jane traveled aboard the modern Sky Princess for her cruise.

She added that she had spent many years working on cruises and traveling on them for vacations.

While participating in exciting activities in the ports, Jane was on hand to give tips for days at sea.

An average cruise ship can accommodate up to 3,000 passengers.

Ships are often equipped with features such as cinemas, spas, gymnasiums, restaurants and swimming pools.

As cruise vacations were put on hold during the coronavirus pandemic, Jane informed viewers that ships can often be very busy.

While on the go, she said there are apps available that do everything from booking a spa appointment to finding friends.

Speaking of the app, she said, â€œFinding friends is only one thing the app can do.

“One click and you can order room service, book tours and see the day’s itinerary.”

Jane used the app to try to find a friend she was supposed to meet.

The app showed the TV star exactly where her friend was and how to get there.

However, she felt she was taking longer than expected to move around the ship.

This prompted Jane to offer some advice that she had learned over the years.

â€œModern technology might be great, but there are things you can only learn from experience,â€ she continued.

â€œWhen you’re on a big ship with 3,600 passengers on board and you’re at sea, everyone uses the elevators.

â€œSo give yourself plenty of time to get to where you need to be,â€ she advised.