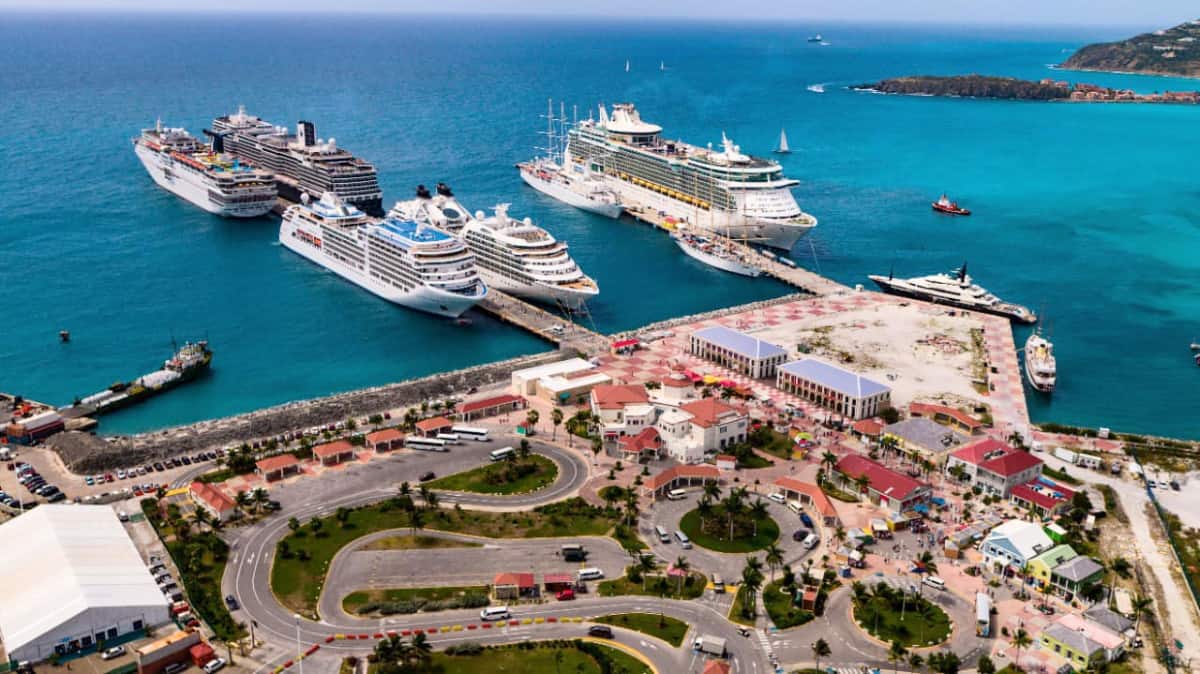 With the popular Eastern Caribbean cruise destination of St. Maarten having one of its busiest months since the cruise restarted, this is a real sign that the cruise is well and truly back. The port also recently had its busiest day with six ships docked.

The cruise is back in Saint-Martin

Since the pandemic struck and the cruise industry suspended operations in March 2020, it has had a ripple effect on Caribbean cruise ports, including Philipsburg, Saint-Martin. The good news is that November 2021 was the busiest month since cruise ships began to resume service, with the port welcoming 75,572 cruise passengers.

â€œThe evolution of cruises follows an upward trend if we consider the number of ship arrivals and their occupancy rate at nearly 65%. “ Alexander Gumbs, CEO of PSG, said.

Saint-Martin was an essential element in restarting the cruise. Celebrity Millennium became the first cruise ship in the Americas to resume guest departures on June 5 from the Dr. AC Wathey Cruise & Cargo Facility.

The ship operated by Celebrity Cruises had its home port on the island, making Saint-Martin a hub for cruising activities. Since the Celebrity cruise ship, cruise lines have been gradually returning their ships to service, and during December this is expected to continue.

Added erasers, â€œWe collectively envision a rebound in the local cruise industry after 21 months. For the 2021-2022 cruise season, we expect our numbers to grow as more and more people begin to take cruises as travelers become more comfortable with the stability of the cruise market. There are many destinations we need to be thankful for, however, we need to continue to adhere to the public health and safety measures that are in place to protect us from COVID-19. “

On November 24, the port welcomed six cruise ships for the first time, including Sky Princess, operated by Princess Cruises, AIDAluna, and AIDAdiva ships operated by the German company AIDA Cruises, Discovery of Marella operated by the British company Marella Cruises. There was also Sea explorer and Jewel of the seas, both operated by Royal Caribbean.

December should be even busier and during the weekend of December 11 and 12, four ships will dock in Saint-Martin. It is the largest number of cruise ships in a single day using the port for rotation operations.

“Let’s continue to maintain high service standards and provide our guests with memorable destination experiences as we enter the holiday season and welcome over 2000+ homeporting guests over the weekend, â€ Gumbs declared.

The ships include Star Flyer, Windsurf, and Seabourn Odyssey which made its home port on Saturday 11 December, then MSC sea view Sunday December 12. All the ships put together welcome more than 2,000 guests on board.

Between June and December 2021, Saint-Martin expects to receive around 200,000 cruise passengers. This number is expected to increase further through 2021 as more cruise ships return.

5 reasons to sail aboard the new enchanted princess