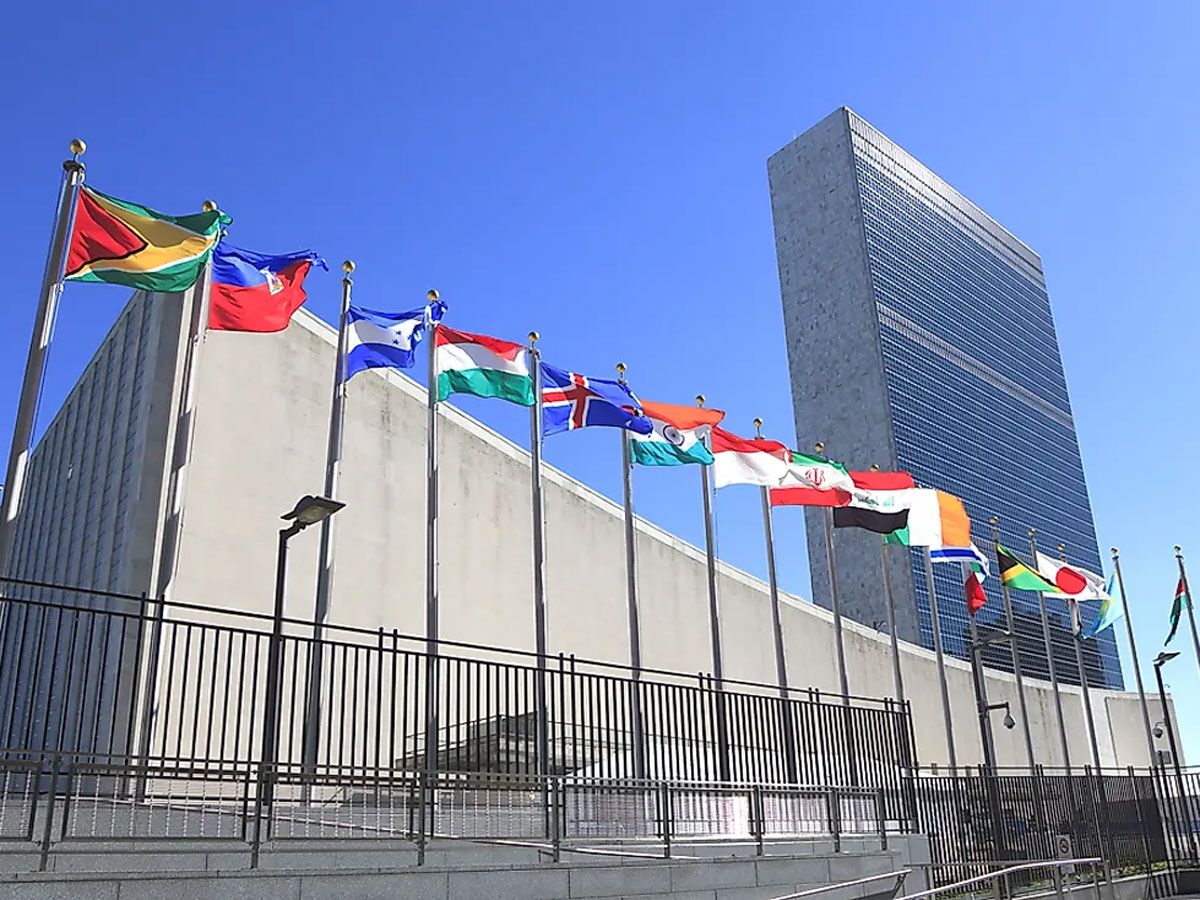 As world leaders gather at the United Nations Annual General Assembly to discuss global challenges, including the need to restore balance with nature and tackle the climate emergency, the iconic building of the organization will illuminate images of marine species in order to symbolize the relationship between humans. and the world’s rich biodiversity.

The Interspecific Assembly, a public art project commissioned by ART 2030, a non-profit organization that unites art with the Sustainable Development Goals (SDGs), the global plan for a healthier, safer and more equal future , will screen the film, Vertical Migration, on the north facade of the 39-storey United Nations Secretariat building.

The film, which will be screened every evening from September 22 to 24, was created by SUPERFLEX, a Danish art collective.

It shows the movement of siphonophores in the depths of the ocean. Sea creatures, which function not as one physically connected body, but as a colony of organisms keeping an underwater society alive, exemplify the need and impact of working together and in harmony with nature.

As such, the symbolic presence of non-human species gathered at the UN during such a critical time will highlight the need for world leaders to work in harmony equally for the well-being of all species on the planet, protecting the world’s declining biodiversity. and redefine the relationship with nature.

â€œInterspecies Assembly reminds us of our inherent responsibility to protect the planet and its rich biodiversity. It is a symbolic interpretation of nature’s message to world leaders that the decisions they make must reflect this responsibility. We all share this planet, and we must learn to live in harmony and at peace with each other and with nature, â€said Melissa Fleming, United Nations Under-Secretary-General for Global Communications.

The creative call for solidarity and collaboration comes at a time when the United Nations and its partners have launched rallying cries to urgently strengthen the conservation, restoration and preservation of natural resources and biodiversity.

Recent studies have shown that one in eight plant and animal species is threatened with extinction. many over the next few decades due to the triple global crisis, climate change, biodiversity loss and pollution.

The United Nations Environment Program asserts that today’s environmental crises are directly linked to unsustainable human consumption and production patterns. As a result, declining biodiversity undermines progress towards the SDGs and the Paris Agreement on climate change, the landmark agreements adopted in 2015 to put the world on a more sustainable and healthier path by 2030.

There is also an urgent need to agree on a new set of goals for nature over the next decade, which will be the goal of the United Nations Conference on Biodiversity in October 2021 and April 2022.

â€œThe commitment to face planetary challenges such as the loss of biodiversity goes beyond a scientific understanding of the phenomena; it requires the cultivation of attention and an emotional connection, â€said Luise Faurschou, founder and director of ART 2030, highlighting the desire of artistic communities to open people’s hearts, minds and imaginations to inspire action for a healthy planet.

â€œGreat art can make us feel and connect to these complex issues: it can be the agent of change. Great art can affect the course of history for all lives. And the time has come. “

In 2019, the UN collaborated with ART 2030 to present a multi-faceted public and participatory art installation titled â€œBreathe with Me,â€ which was presented in the lobby of the United Nations General Assembly building as well as in Central Park, to remind people to work together to share the world.

Interspecies Assembly will feature two public works simultaneously – the projection of vertical migration on the UN building and a sculptural installation titled Interspecies Assembly, in the Naumburg Bandshell in Central Park from September 21 to 24.

Additionally, to celebrate the first such exhibition of the Interspecific Assembly, ART 2030 and SUPERFLEX have collaborated with Google Arts and Culture to create a virtual experience of the Siphonophore delegation in augmented reality.

Splatoon 3: How to Get the Harmony Badge