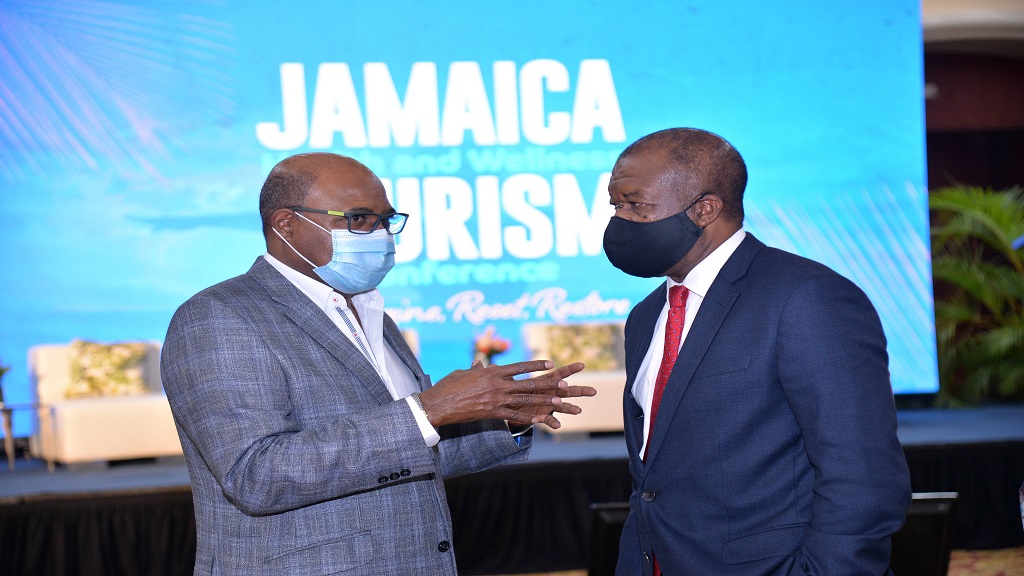 Jamaica Hotel and Tourist Association (JHTA) President Clifton Reader is not intimidated that hotels that are already understaffed risk losing more of their workers to the cruise industry in the wake of recent announcements that cruise lines should recruit some 10,000 Jamaicans. workers.

However, Reader has a formula to help meet the challenges ahead for the local hospitality industry.

Speaking to reporters after a reception at the Montego Bay Convention Center on May 27, Tourism Minister Edmund Bartlett said the massive recruitment drive comes at a time when the cruise industry and tourism in general, by extension , show signs of growth, and is a telling indicator that Jamaican workers are viewed positively on the world stage.

“This is a very big deal and a sign that cruise shipping is back,” the minister said.

“Cruise lines can hire anywhere, and committing to hire 10,000 of our compatriots is a sure sign of the trust they place in our workers. We’re talking about chefs, bellboys, housekeepers …of sailors in general…pretty much in any department,” he added.

Reader argued that, traditionally, Jamaicans have always been recruited by cruise lines.

“The shortage (of workers) is there and for years people have been boarding cruise ships. I just think we should manage it in a way that people aren’t fundamentally driven away from hotels, so to speak” , said Reader.

He argued that with hotels spending so much money training their workers, cruise lines should also be inspired to help train hospitality workers in Jamaica.

“Hotels do their training, hotels come up with creative ways of doing things, and we spend millions and millions of dollars on training. Cruise ships should basically be encouraged to provide scholarships and investment in facilities. training, whether new or old,” he said.

The JHTA president said cruise lines could provide training opportunities for unskilled labor on the south coast of the island.

“We have unskilled labor especially on the south coast. So that unskilled labor could be recruited, trained and delivered to cruise ships, and that would be great for the country because a lot people who would otherwise be on the streets would then find gainful employment and the remittances on which we depend so much would also increase,” Reader said.

Bartlett said recruitment will be handled by cruise line operators and Jamaican applicants need only have a clean criminal record and good health.

“Dozens of Jamaicans work on major cruise lines… have been traveling around the world for decades. Our workers have excelled in every way imaginable, and cruise lines have taken notice. The best is yet to come because as soon as the cruise industry opens up more, you will see more of our people being recruited,” he said.

Bartlett said in recent discussions with cruise line managers that Jamaica continues to be a top choice country when it comes to hiring workers, adding that “our work ethic and iconic stature are well known and we will always give this preferential advantage anywhere in this region. .”

Most major cruise lines have recently launched global labor recruitment campaigns, with Jamaicans, based on numbers, being among the highest on their lists.

That’s not surprising, given that dozens of Jamaican workers have been plying their trades on mega-liners owned by the Carnival and Royal Caribbean cruise lines for decades.

Bartlett said the fact that these workers have made significant contributions to their country of birth over the years would automatically qualify them for the new tourism worker pension scheme.

“For years, they have been making significant contributions in the form of remittances. They returned much-needed foreign currency to the local economy and were the source of stability for many families,” he added.

Cape Poge Wildlife Refuge in Massachusetts is an oasis