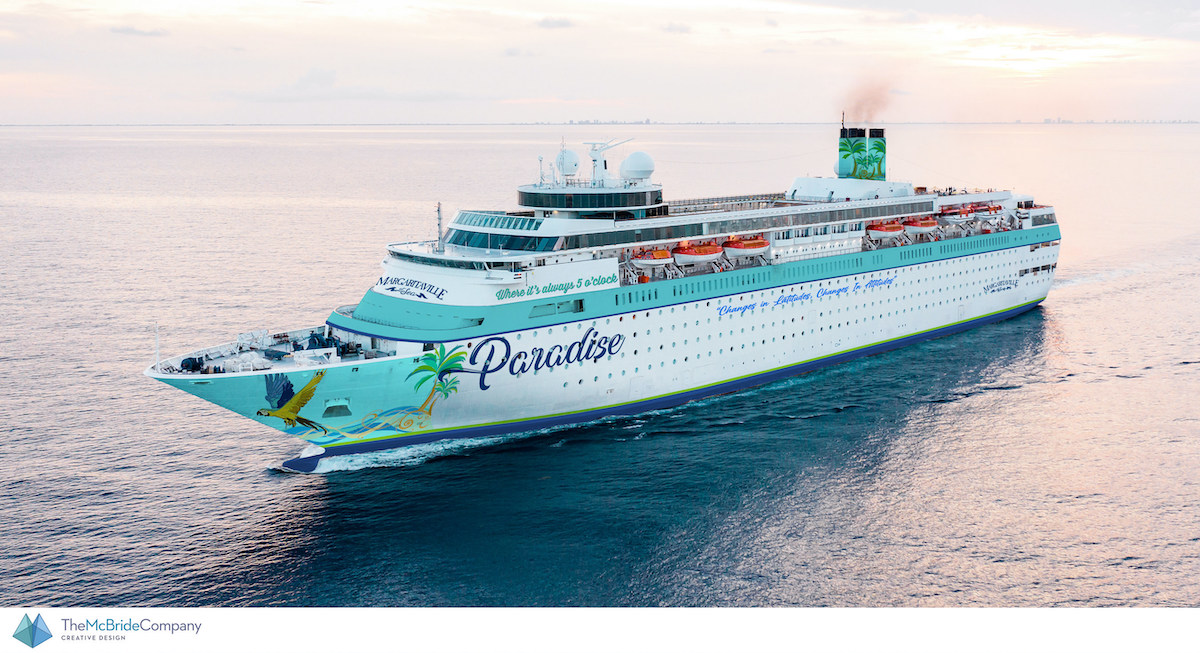 It’s hard to miss the Margaritaville brand, which seems to be everywhere these days. Famed musician Jimmy Buffett has been entertaining audiences with his breezy island tunes since the early 1960s. And the iconic singer-songwriter has turned his biggest hit, “Margaritaville,” into one of the most most prosperous in the world.

America’s favorite beach bum is taking his wildly successful resort concept to the high seas. His Margaritaville at Sea cruise line is set to leave Florida in April 2022.

Consumers can’t seem to get enough of the island-inspired brand. According to Variety, “the company named after Buffett’s single No. 1 pop hit makes between $1.5 billion and $2 billion a year.”

Jimmy Buffett’s first Margaritaville restaurant opened in Key West, Florida in 1987. Today, its properties around the world – with locations in the United States, Mexico, Canada, the Caribbean and in Australia – attract over 20 million visitors a year.

The 75-year-old singer has recorded more than 30 albums and is on tour with his Coral Reefer Band to promote his latest laid-back releases: ‘Life on the Flip Side’ and ‘Songs You Don’t Know by Heart’.

Meanwhile, his Margaritaville cruise line is ready to go.

The beachy atmosphere will be apparent in the Five O’Clock Somewhere bar, which will offer many selections of tropical drinks. Gourmet restaurants and the Land Shark Sports Bar will delight guests. They will also enjoy onboard leisure activities such as spas, swimming pools, retail stores, the Par-a-Dice Casino and entertainment venue.

Prices start at $179 to $269 and increase by $800 per person for a suite depending on dates. The price includes onboard accommodation, round-trip sea transport, meals, selected beverages and live entertainment. Plus, there are three free supervised programs for kids and drink packages starting at $89.67 for 10 alcoholic beverages. Price does not include taxes, fees, port charges and gratuities.

“To me, the only thing better than being on an ocean beach is being on the ocean,” Buffett said in a recent press release. “Now you can follow our wake.”

The inaugural Margaritaville at Sea cruise departs from the Port of Palm Beach, Florida on April 30, 2022, for a three-day, two-night excursion to Grand Bahama Island.

But if boat cruising isn’t your thing, how about the RV cruise to Camp Margaritaville?

Vacationers and RV enthusiasts can camp in Margaritaville

The ocean isn’t the only place vacationers can enjoy the Margaritaville lifestyle. The brand has also expanded into RV themed resorts.

The first Camp Margaritaville RV Resort opened in Lake Lanier, Georgia in 2019. Since then, locations have opened to huge success in Pigeon Forge, Tennessee, and Auburndale, Florida.

For less than $100 a night, guests at upscale resorts can get a full hook-up site including water, electric, and sewer for their RV. Upscale RV sites feature tiki huts and often have waterfront views. Resort-style amenities include poolside tiki bars, entertainment, daily recreational activities, and more again.

Camp Margaritaville plans to expand to “30 to 50 additional RV parks nationwide over the next five years or so, including four additional locations this year,” Business Insider reports.

So whether by land or by sea, Margaritaville promises a fun-filled adventure and a sense of escapism unique to Jimmy Buffett’s lifestyle brand.

RELATED: Cruise Ships Are Legally Allowed To Dump Billions Of Gallons Of Raw Sewage Into The Ocean

The Arrogance of the Rhode Island Payday Loan Industry