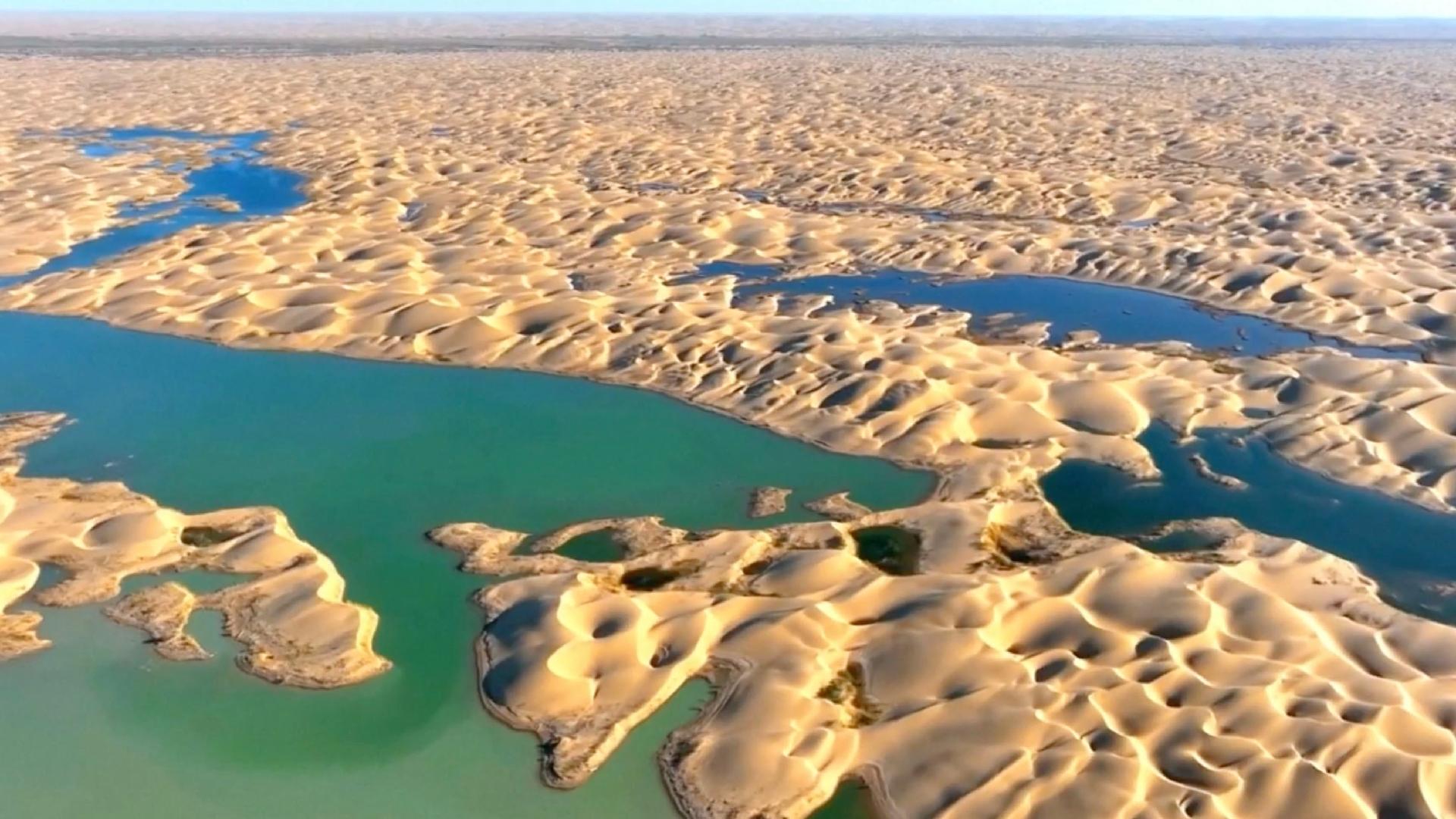 Lakes appear in the Taklimakan Desert: will it become an oasis?

The Taklimakan, which extends over the Mongolian autonomous prefecture of Bayingol as well as the prefectures of Aksu, Kashgar and Hotan, is the largest desert in China. It is known as the “sea of ​​death” due to its harsh environment. With an extremely hot and dry climate, the average annual precipitation is less than 100 millimeters, while the evaporation rate reaches 2,500 to 3,500 millimeters.

Why are there lakes in such a dry environment?

“Increased glacial melt caused by warmer temperatures in the region, coupled with increased rainfall, is causing the Tarim River and its tributaries, which are near desert, to rise and overflow,” said Hu Xiao, a weather analyst. chief at Weather. China. “The water flows to the low areas of the desert, forming many ponds and lakes.”

However, floods and heavy rains have not been uncommon in recent years. Last July, overflowing rivers inundated more than 300 square kilometers of desert. In addition, from 2011 to 2020, compared to the 1960s, the total daily rainfall in southern Xinjiang, where Taklimakan is located, increased by 113.3% while the number of heavy rain days increased by 94. .4%, according to the China Meteorological Administration.

While marveling at the beauty of lakes in the desert, we also need to be aware of the issues behind it, Hu suggests. “In the context of global warming, the melting of glaciers is accelerating and the flow of inland rivers like the Tarim River will change significantly.”

Will the Taklimakan become an oasis?

“At present, it is impossible for the desert to become an oasis. Increased rainfall is an episodic weather event but not a regular feature of the climate,” Hu said.

(The cover image is a screenshot from the video; Gao Mingkun also contributed to the article.)

The Ultimate Guide to the Royal Caribbean Cruise Planner Site