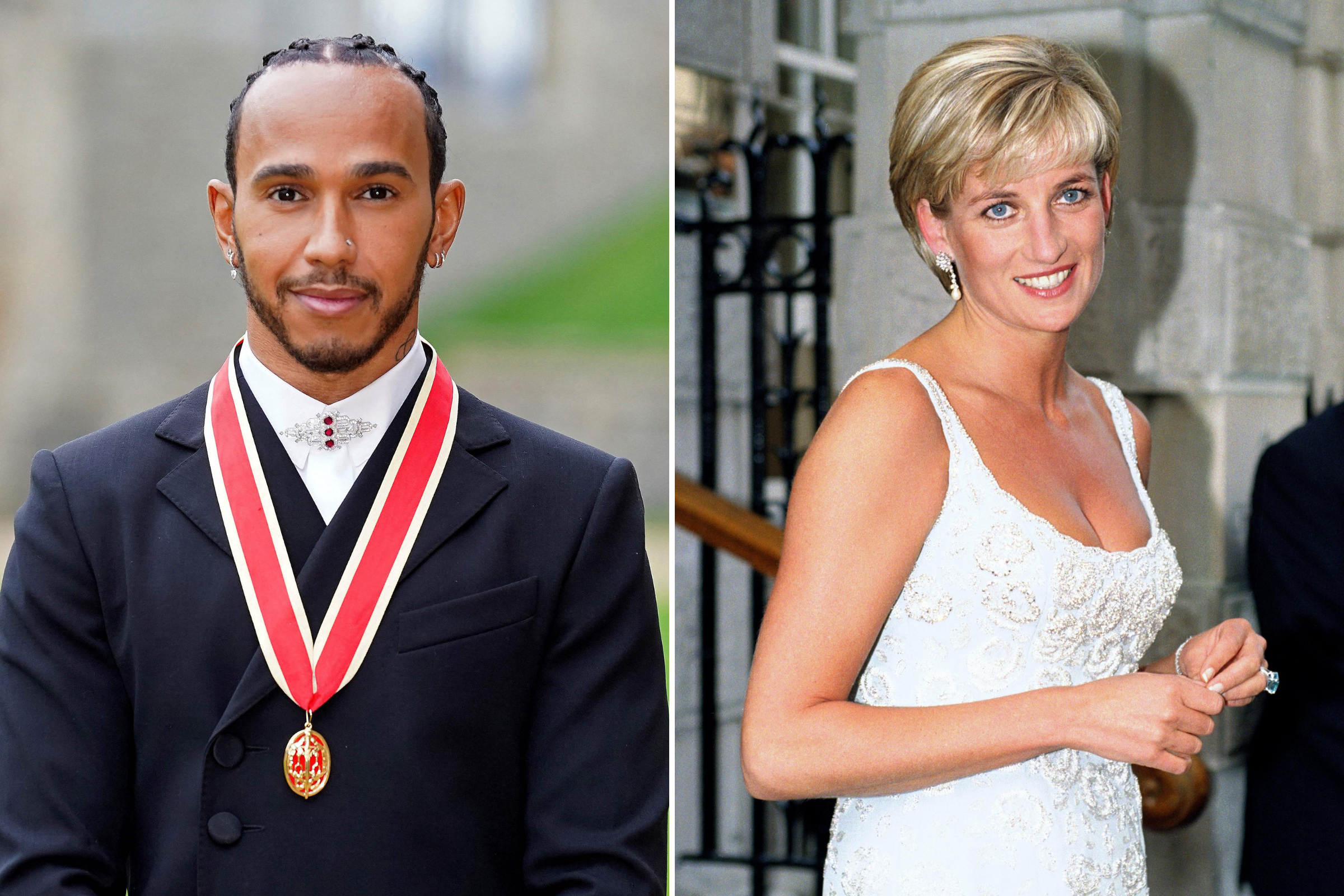 Formula 1 driver Lewis Hamilton heard a joke about Princess Diana during a bizarre interview filmed at Kensington Palace, which also saw the star ask who his favorite member of the royal family was.

Hamilton, who is currently halfway through the Formula 1 season, took part in an interview that took an unexpected turn at Princess Diana’s Memorial Garden at Kensington Palace in London this month.

Opening the interview, Hamilton was asked by broadcaster Steve Jones for UK network Channel 4: “Who’s your favorite royal? Mine is Kate. She looks very classy.”

To this, Hamilton seemed mildly surprised and replied that “Diana has always been my favorite royal”.

Jones then told Hamilton a joke about Diana, whose statue stands in the garden in which the interview took place, and her title of Princess of Wales, saying: “My wife, who is American, thought the Princess of Wales was the sea mammal.”

The pun between Wales and the sea mammal, the whale, drew a chuckle from Hamilton who then reaffirmed that he was a fan of the princess.

The interview’s discussion of the royal family didn’t end there. Hamilton went on to say that among modern royals he didn’t think he had a favourite.

“I would not say today that I have [a favorite]”, he said, adding “I think Kate is pretty great and I love Meghan. “

To this, Jones offered the assessment that “Meghan is cool. The Queen is a bit of a badass too, watch out.”

During his distinguished career as a motor driver, Hamilton had many encounters with members of the royal family, including the Queen, Prince Charles and Prince Harry.

In 2021, the sports star was knighted in the New Year’s Honors List which was later presented to him by Charles during an investiture at Windsor Castle.

The knighthood follows an earlier honor of an MBE (Member of the British Empire) award that Hamilton received from the Queen herself.

Hamilton later revealed that at a private lunch after receiving his honour, he broke royal protocol. Speaking on the Graham Norton Show star said:

“The best thing is that I was invited back a year later for lunch with a group of about eight of us.

“I walked in and saw the seating plan and I was sitting right next to her, so I was kind of excited, you know,” he explained.

Hamilton was also a strong supporter of Meghan Markle when she married into the royal family as the first biracial member in 2018.

‘I watched here over the weekend just with a smile on my face the whole time,’ Hamilton said of the royal wedding at the request of sky sports.

“The fact that you have diversity in the royal family today is a huge thing, people probably don’t realize how important it is. Even to see in church you had a mix with ministers , in the music, in the choir, it was just really beautiful to see.”