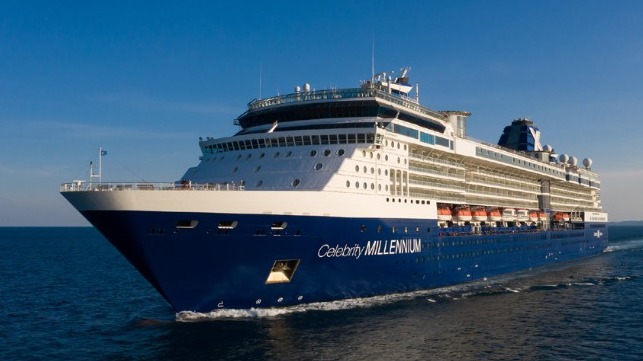 The global cruise industry is increasingly taking the first steps to restore operations in key markets around the world. Five cruise lines have announced summer programs, including the first major US-based brands, with cruises planned to the Caribbean, Malaysia and the UK, as the industry seeks to capitalize on expanding vaccination programs and easing travel restrictions.

With the United States on track to make the COVID-19 vaccine available to all adults starting in May and many Caribbean countries keen to start rebuilding their tourism industries, Royal Caribbean Group plans to bypass U.S. regulators and to restart operations in June from the Bahamas and St. Maarten for two of its brands. Its brands Royal Caribbean International and Celebrity Cruises would become the first major cruise lines to resume their North American cruises, followed a month later by Genting’s Crystal Cruises who previously announced plans to base one of their cruise ships. luxury in the Bahamas.

The demand from travelers should be very strong for these first programs. Crystal Cruises has started accepting bookings for its Bahamas cruises due to start in July and in the first 24-hour period nearly 4,000 travelers have made reservations, the line reports. This represents more than 25 percent of the 16 combined trips available. Almost 200 guests have booked consecutive trips, with some planning to spend 42 days aboard the cruise ship.

“A day has arrived,” Lisa Lutoff-Perlo, president of Celebrity Cruises, wrote to former passengers on the line, announcing the return of cruise service. As of June 5, the Celebrity Millennium, a 91,000 gross tonne cruise ship, will offer weekly cruises departing from Saint-Martin. The company plans to operate two alternative routes to Aruba, CuraÃ§ao and Barbados and to Tortola, Saint Lucia and Barbados, which are expected to run through August.

Royal Caribbean International, the group’s largest brand, aimed at the large market, is expected to start sailing a week later with its 138,100 gross tonne cruise ship on Sea adventure from Nassau in the Bahamas. Starting June 12, they will offer weekly cruises to the line’s private island destination in the Bahamas, Grand Bahama Island and Cozumel, Mexico.

â€œVaccines are a clear game-changer for all of us, and with the number of vaccinations and their impact increasing rapidly, we believe starting with cruises for vaccinated adult guests and crew is the right choice,â€ said Michael Bayley. , President and CEO, Royal Caribbean International. “As we move forward, we expect this requirement and other measures to inevitably change over time.”

Prior to the start of cruises in North America, Genting was also approved to offer cruises from Penang, Malaysia. As of May 13, the 40,053 gross tons Star fish will begin operating one and two night cruises. Overnight stays will sail the Strait of Malacca while the two-night cruise will include 10 hours of port time for passengers in Langkawi. Malaysian authorities have been proposing for months to start cruises along a pattern similar to that of Singapore, which at the end of 2020 allowed another Genting cruise ship and another from Royal Caribbean to start short-sea sea cruises for residents of Singapore.

International cruise lines are also announcing cruise programs for the UK market. MSC, which sails in the Mediterranean, plans to base a ship in the UK from May 20, pending government approval. Details of the cruise schedule have not been released, but the company has announced that it will offer a series of mini cruises and weeklong cruises across the UK for UK residents, which will include ports British unspecified. Cruises will initially depart from Southampton and MSC plans to add additional ports of embarkation.

Carnival Corporation’s Princess Cruises has also confirmed reports that it is basing two of its cruise ships in the UK. Twin ships of 142,000 gross tonnage Princess royal and Sky Princess Both will operate short trips of three nights and one week from Southampton in UK waters with stops such as Liverpool, Belfast and Greenock.

All cruise lines plan to build on the experience of companies that resumed service from last summer. Genting, for example, points out that it has carried 100,000 passengers on cruises from Singapore, while MSC reports that more than 50,000 passengers have sailed on its cruises from Italy. The lines will all maintain public health measures, but policies vary in part due to home countries. Celebrity and Royal Caribbean say the entire crew will be vaccinated and adult passengers must also be fully vaccinated. The Bahamas and Saint Martin are also requiring negative COVID-19 tests. Likewise, Princess is limiting its cruises to vaccinated UK residents, but MSC says it will also accept unvaccinated guests but they must test negative before boarding.

Industry watchers expect this to be the start of a broader recovery for the cruise industry with other major cruise lines also set to begin operations outside the United States while ‘They continue to wait for CDC guidelines for US-based cruises. Royal Caribbean executives said they and other cruise lines were in weekly contact with the CDC, anticipating that measures to resume cruises to the United States would arrive shortly as many US states relax their related restrictions. to COVID.

Evacuation of the cruise ship only for the vaccinated