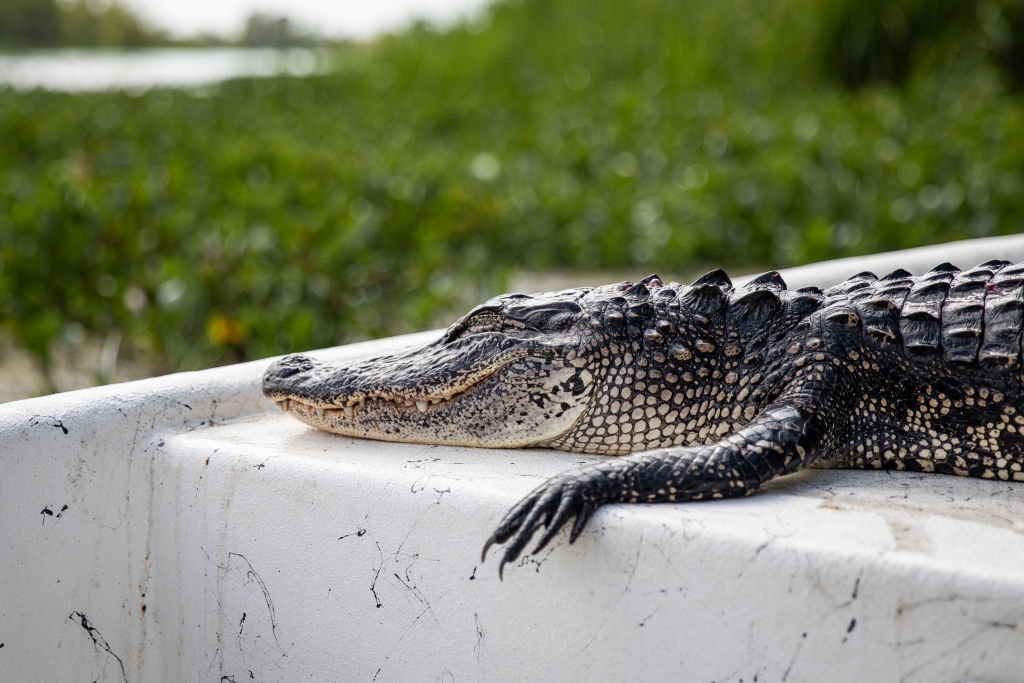 TERREBONNE PARISH, LA – AUGUST 28: A dead alligator sits in the boat after being chased into bayou waters in Terrebonne Parish near Houma, Louisiana on August 28, 2019. Wednesday is the first day of the season Louisiana alligator hunt, which only lasts 30 days. According to researchers from the National Oceanic and Atmospheric Administration (NOAA), the combination of sea level rise and land subsidence in Louisiana is giving it one of the highest rates of relative sea level rise in history. the planet. Since the 1930s, Louisiana has lost more than 2,000 square miles of land and wetlands, an area roughly the size of Delaware. Over the past 30 years, as subsidence continues and the effects of climate change intensify, Louisiana has lost its coastal landscape at the rate of nearly one football field per hour. (Photo by Drew Angerer/Getty Images)

The mexican mayor, Victor Hugo Sosa married a alligator married as a ceremony that dates back centuries! They do this hoping it will bring good fortune to fishing community in their small village.

The alligator he married is 7 years old and is called Princess. During the weddingthe mayor kissed Princess, that they had to tie her muzzle, just in case she decides to break his head!

The alligator received the greatest treatment. She was carried through the village and fanned by men with hats and fans.

We have more on this story and other weird and goofy stories in today’s news. Other news!