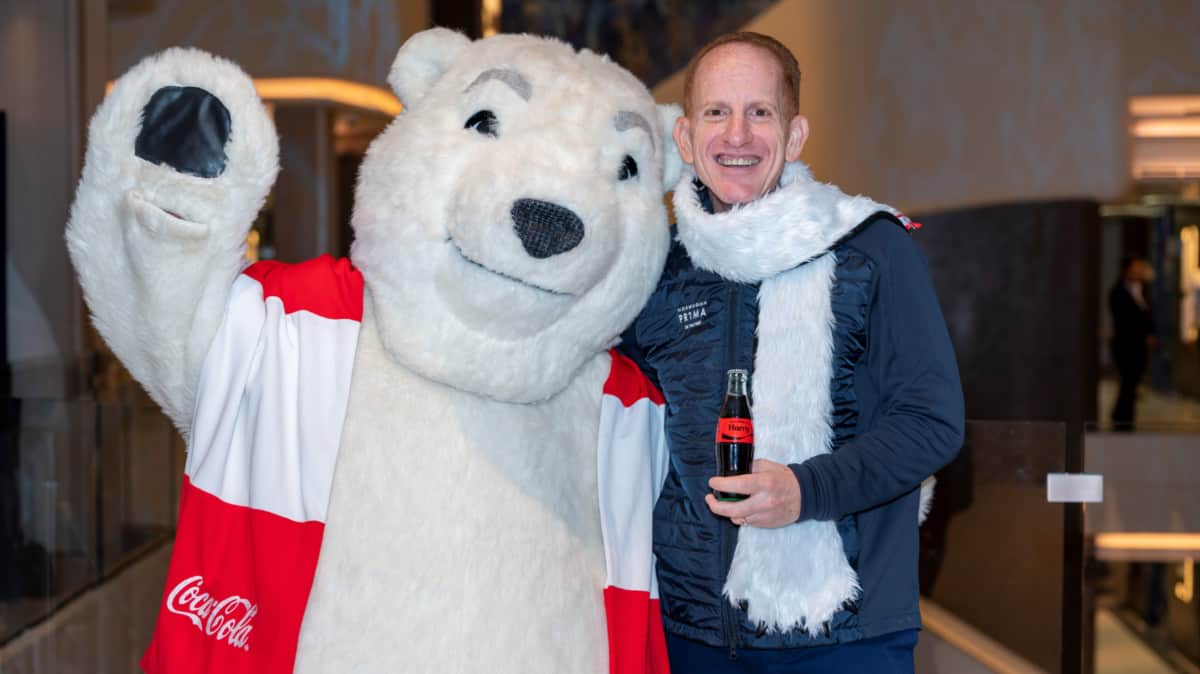 Next past reports and sightings of beverage offerings aboard various vesselsNorwegian Cruise Line has officially announced the switch from PepisCo soft drinks to Coca-Cola products.

This change is in conjunction with the inaugural sailing of the cruise line’s newest ship, norwegian primawhich already serves Coca-Cola drinks.

With norwegian prima Already serving Coca-Cola products on board, Norwegian Cruise Line President and CEO Harry Sommer officially announced the new partnership with a toast with the iconic Coca-Cola polar bear in the Penrose Atrium at three floors and glass walls of the ship.

“With the historic debut of Norwegian Prima, Norwegian Cruise Line continues to push the boundaries of every element of the guest experience, so it’s only fitting that we unveil and embark on a new cold beverage partnership with Coca-Cola at the christening of Norwegian Prima”, Sommer said.

“As a company steeped in history, Norwegian Cruise Line is honored to align itself with another beloved brand, Coca-Cola, and we look forward to leveraging this relationship to continue improving the experience. of our customers.”

Cruise lines often offer exclusive partnerships with beverage companies with carefully negotiated contracts. These contracts may include better prices and incentives to be an exclusive beverage partner than if multiple brands were offered on a single ship.

Where to find Coca-Cola products

New norwegian prima is the first ship of Norwegian’s fleet of 18 ships carry Coca-Cola as an official soft drink. The remaining NCL ships will all be fully switched to Coca-Cola products by December 2022.

Additional ships will begin offering Coca-Cola drinks as bars and lounges can be adequately stocked, but no timetable has been announced indicating which ships will have which drinks and when. Over the next few weeks, passengers on different ships may enjoy different brands of non-alcoholic beverages.

It can be difficult to make the switch even on a single ship, as each ship has many different bars, lounges, and restaurants that all need to be outfitted with the right supplies and rebranded to promote the new partnership.

norwegian primafor example, has more than 30 bars, lounges and restaurants which must be prepared to meet beverage requirements.

The Largest Ships in Norwegian Cruise Line’s Fleet, Breakaway-Plus Ships – Norwegian Getaway, norwegian joy, Norwegian happinessand Still Norwegian — have up to 22 bars and lounges, all of which need to be stocked with the new drink options, not including restaurants and dining venues.

On some ships, minibars in suites or other staterooms must also be stocked with appropriate beverages, and beverages must also be made available through room service and dining room operations.