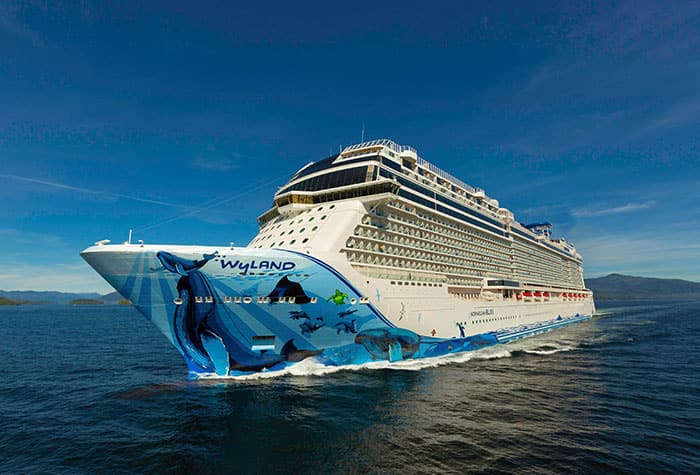 Norwegian Cruise Line heads to federal court on Friday in a battle that pits the company’s plan to return to sea to Florida Governor Ron DeSantis’ vow to oppose COVID-19 “vaccine passports”.

The legal battle comes as large corporations and some government entities respond to the rapid spread of the Delta variant of the coronavirus with vaccination requirements, which has sparked legal challenges from vaccine skeptics and freedoms advocates. civilians.

Norwegian plans to make its first post-pandemic departure from Miami, the main cruise port in the Caribbean, on August 15. As part of its plan to protect against a COVID-19 outbreak, it will require passengers to prove they have been vaccinated.

Norwegian says Florida law violates the company’s First Amendment rights. Florida says Norwegian is free to request proof of vaccination but cannot refuse entry to ship to anyone who refuses to provide documents.

Banning anyone who refuses to prove their immunization status violates Florida law, which prohibits businesses, government entities, and schools from requiring proof of immunity to COIVD-19 in exchange for a service. The law provides for certain exceptions, such as for health care.

The ban on “vaccine passports” went into effect on July 1, and Norwegian faces a fine of up to $ 5,000 for each violation.

The law essentially codified an executive decree signed in April by DeSantis, which is fiercely against COVID-19 restrictions, even as the Republican governor’s state has become a hotbed of infections and hospitalizations have reached record levels.

Norwegian has said in court documents that law enforcement would be “devastating” to its passengers, employees and suppliers by forcing the cancellation of the cruise, and condemned the law as doing nothing for the safety of passengers.

“What this ban really does is score political points,” he said in court documents.

Norwegian is accelerating its return to cruises, which the Centers for Disease Control and Prevention (CDC) closed in March 2020 with its â€œNo Sailâ€ order.

Norwegian will make its first post-pandemic navigation from a U.S. port on Saturday with an Alaska cruise from Seattle.

In order to navigate, Norwegian has attested to the CDC that it will confirm that at least 95% of passengers have been vaccinated.

The company has urged U.S. District Judge Kathleen Williams in Miami to block Florida’s law, saying it is preempted by CDC authority.

Norwegian has said in court documents that Florida law violates the company’s First Amendment rights by restricting the flow of information with customers and interfering with interstate commerce.

The state responded that Norwegian is free to request proof of vaccination and its customers are free to provide it, but the cruise line cannot refuse entry to the ship to anyone who refuses to provide documents.

He argued that Norwegian could have chosen, as rival cruise lines have done, to seek CDC approval through a process of performing simulated trips and enforcing other COVID-19 protocols such as masking. inside.

Norwegian’s arguments face an additional wrinkle. The CDC cruise restrictions have been temporarily blocked in Florida late last month after the state sued.

Norwegian argued that the preliminary injunction against the CDC’s demands is not final and that the cruise line must still comply outside of Florida.

DeSantis scorned the plight of Norwegian, which he called “one of the smaller” cruise lines, and said the company’s “niche” could be filled by other operators if it left Florida.

Royal Caribbean said on Wednesday it would require passengers to be fully vaccinated https://www.reuters.com/business/royal-caribbeans-cruise-bookings-jump-tourism-industry-recovers-2021-08-04, well that the policy will not apply to cruises departing from Florida.

The most important insurance news, delivered to your inbox every business day.