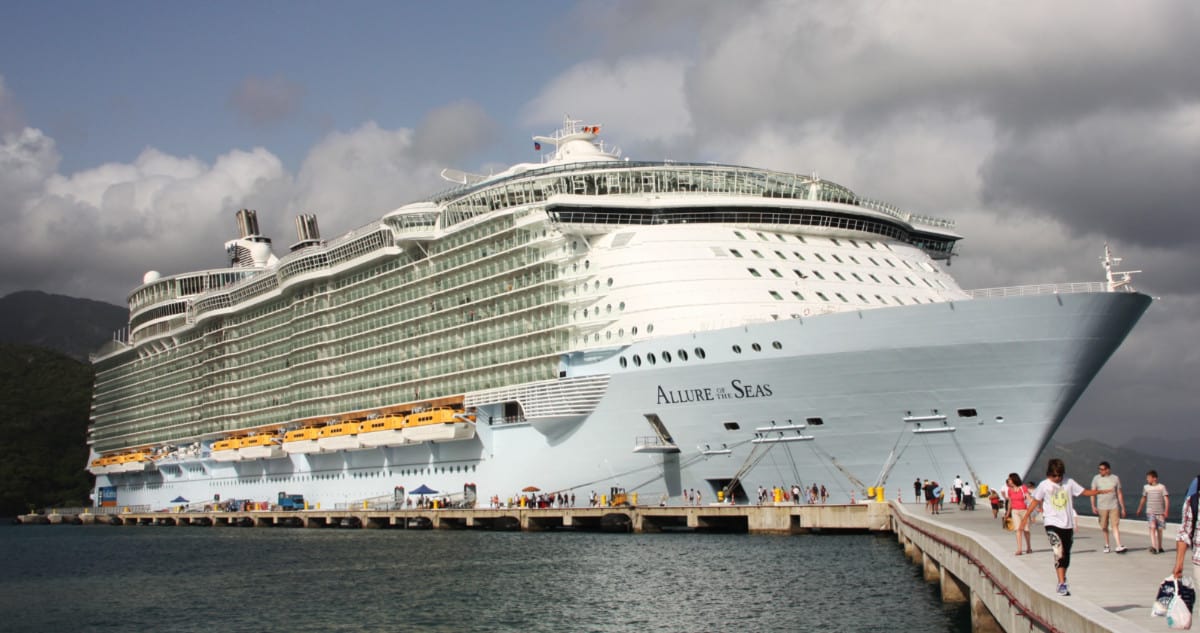 Royal Caribbean has informed guests of the February 19 departure of Allure of the Seas that the planned route was changed due to delays in the construction of the pier. This has resulted in the change of several ports of call for this sailing.

The construction of the pier in Puerto Plata, Dominican Republic has experienced delays, which means Allure of the Seas – one of the largest cruise ships in the world – is unable to visit as planned on an upcoming 8-night Eastern Caribbean cruise. The 225,282 gross ton cruise ship, which seats 5,484 passengers based on double occupancy, will instead travel to Labadee, Haiti.

Additionally, this itinerary change has impacted other ports of call when sailing on February 19, 2022. According to the email sent to booked guests, “Due to the distance from Haiti, we have moved our visit to Charlotte Amalie, St. Thomas to Thursday, and replaced our visit to Basseterre, St. Kitts & Nevis with Nassau, Bahamas on Saturday.“

Seducethe original route of was to be at the start Port Everglades to Fort Lauderdale on Saturday February 19. Day one was a day at sea, followed by Monday in Puerto Plata, Dominican Republic.

Tuesday, the ship was to call at Saint-Thomas, then Wednesday at Saint-Martin and Thursday at Saint-Kitts. The cruise would then end with two more days at sea before returning to Fort Lauderdale on Sunday, February 27.

Customers may understandably be disappointed that the itinerary has changed so much, but Allure of the Seas will visit some amazing ports again. The very first port of call, in Labadee on Haiti’s north coast, is the cruise line‘s 260-acre private resort destination.

Labadee is home to thrills, including one of the world’s longest over-water ziplines, speedboat and snorkeling tours, an alpine roller coaster that reaches speeds of up to 30 miles per hour, Arawak Water Park and much more. Guests can also relax on pristine beaches, bask in secluded coves, take a historic walking tour, or delve into the traditions and history of the island.

Read more: Labadee, Haiti: what you need to know

The island destination has been closed to visitors since the cruise industry shutdown began in March 2020, but Allure of the Seas‘ sister ship, Harmony of the Seasbecame the first ship to return to port this week, January 27, 2022, bringing 2,896 enthusiastic passengers to Labadee.

Several ships were scheduled to visit Labadee in late 2021, but civil unrest in the region prompted Royal Caribbean to cancel these tours. Fortunately, guests can once again begin to explore this incredible port of call, and it is hoped that more ships will soon have the opportunity to call at Labadee.

Why taking a weekend cruise is a great escape