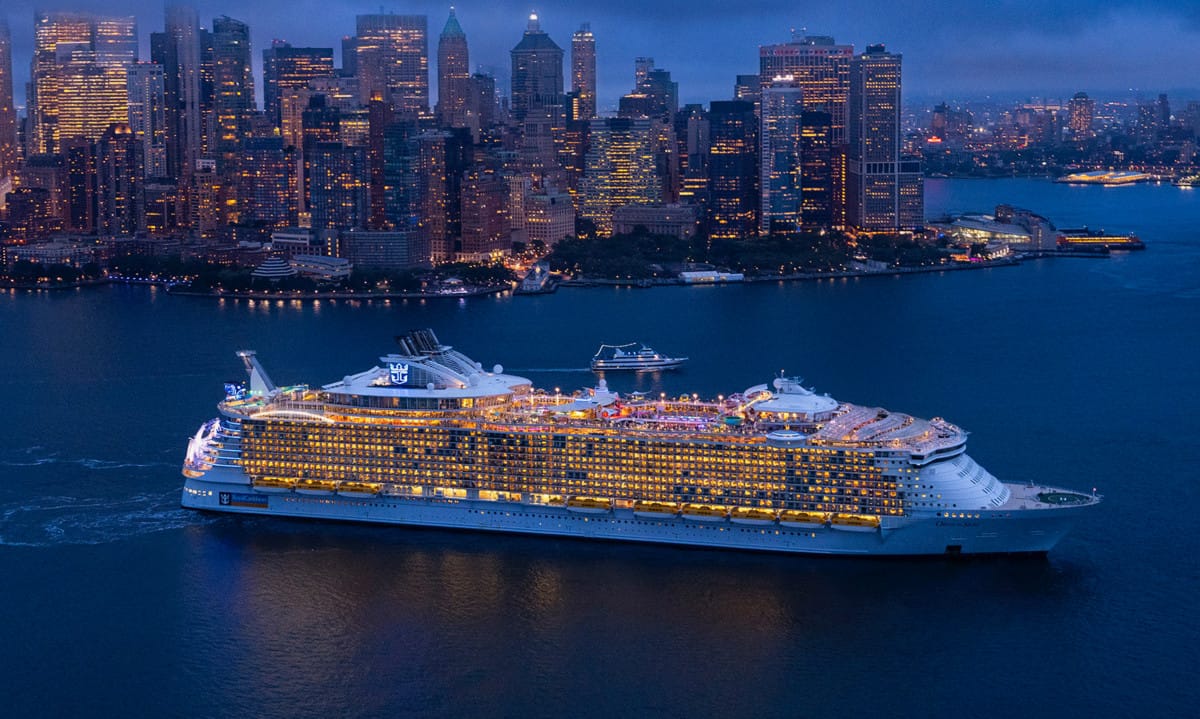 Oasis Of The Seas Restarts Operations From New Jersey

The Oasis-class ship will resume operations on September 5 with paying guests for the first time since March of last year.

The CDC approved the ship this week, awarding it the conditional sailing certificate after completing its six-day test cruise from the same port late last month.

Guests lucky enough to be on board the first Oasis of the seas cruise in 18 months will be entitled to one of the best sailboats in the world. The cruise ship will have a magnificent view of the Statue of Liberty and the Manhattan skyline before heading under the Verrazano-Narrows Bridge towards the open sea.

It will be a welcome break for a city battling the remnants of the former hurricane turned Tropical Storm Ida in recent days.

Guests will have ample time to explore the newly refurbished vessel which suffered $ 165 million boost over 63 days. On the entertainment front, Royal Caribbean has added the 10-story Ultimate Abyss slide, as well as three waterslides known as The Perfect Storm, Spotlight Karaoke and Music Hall.

Dining options have also been added with Portside BBQ Restaurant, Playmakers Sports Bar, and El Loco Fresh. The cruise line also added the Bionic Bar, where two robotic bartenders serve drinks, among many other upgrades around the huge ship.

Her first cruise in over 18 months will depart from Cape Liberty Cruise Port in New Jersey and after a day at sea stopover at Port Canaveral. This will be followed by a day on the cruise line’s private island, A Perfect Day at Cococay, followed by a day in Nassau, both in the Bahamas. After another day at sea, taking advantage of all that Oasis has to offer, the ship will return to New York.

CDC approval for Oasis of the seas

With the approval of the CDC, Oasis of the seas embark on a 6-day test cruise on August 22, a chance for the onboard crew and CDC to check out the standards that have become second nature to the work of cruise lines as efficiently as they have on the thirteen previous ships that sail for the cruise line.

Oasis of the seas is the fourteenth Royal Caribbean cruise ship to start operations for the cruise line since Quantum of the Seas started in Singapore in December of last year. This means that more than half of the company’s vessels are now operational.

For those who wish to navigate on board, there are health instructions that everyone on board must follow.

All guests 12 years of age or older must be fully immunized. All vaccinated passengers must also present a negative PCR or antigen test performed no later than two days before the start of the cruise in order to board.

Unvaccinated children aged 11 and under should test negative for PCR; antigen test results are not accepted in this case. In addition to pre-cruise testing, children ages 2-11 will undergo further testing at the cruise terminal and before disembarking from the ship.

Also read: Oasis of the Seas returns to New Jersey after test cruise

The 226,838 Oasis of the seas, which can accommodate 5,606 guests, will have the Cape Liberty cruise port as its home port until the ship heads south again on November 3 and departs Miami for 7-day Caribbean cruises .

Inside a dreamy oasis nestled along Mexico’s Pacific coast

THE QUEST WATER AND AQUATAP™ OASIS PARTNERSHIP LAUNCHES THE