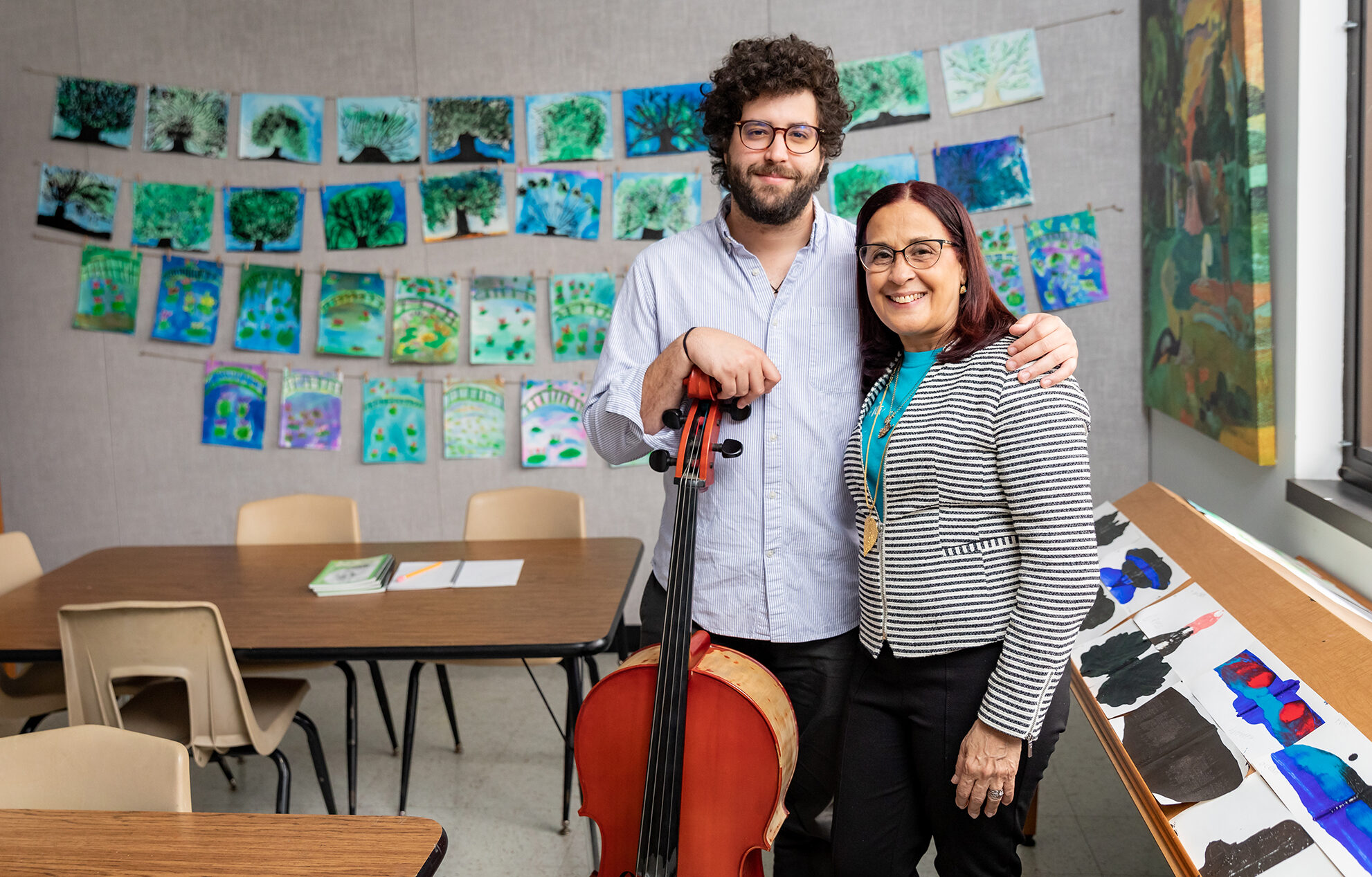 One looks like a sea anemone, all black tentacles and tangles. Another stands firm in a vigorous salute to the sky. And the next one, stuck with other paintings in an upstairs classroom University Baptist Church, bears alien fruit in a hodgepodge of colors unseen in Baton Rouge’s late-winter landscape. None of the performances, to be sure, looks exactly like the single oak tree that each student was asked to perform. And none of them are alike. Somehow the kids gathered here for an art lesson with Palacios House of Arts overflowed their imaginations and altered the appearance of reality, just as Gloria Ruiz de Palacios hoped.

Gloria, who founded the first Palacios House of Arts courses with her husband in their Southdowns home in 2018, is no stranger to the transformative power of creativity. As a former college professor of chemical engineering in her native Cuba, she managed to circumvent society’s left-brain versus right-brain dichotomy, even earning a second degree in music appreciation. This last achievement would prove crucial; his children Yillian and Raudol, raised primarily in Venezuela, would later devote their professional lives to practicing music and art, eventually leading to the family’s move to Baton Rouge in 2014 to continue Raudol’s education at LSU. On Tuesdays and Thursdays, after the end of each collective Palacios art class – which can be taught in English and Spanish – Raudol conducts cello and ensemble orchestra classes as artistic director of the program and works with Gloria to forge links in the regional artistic community. .

Now, with grant money in hand for the first time, Palacios can begin to expand even more, and Gloria is looking forward to this summer’s “artistic integration” camps – two-week sessions for children from 5 to 12 years old in visual, musical and performing arts which will culminate in concerts, choreography and gallery exhibitions of the work of the campers.

“Once we got here, we noticed that Baton Rouge didn’t really have any programs that incorporated music and visual arts, which is where I grew up,” Raudol says. The school’s diverse roster of instructors, he notes, includes not only experts in art and cello, but also in piano, guitar, choir, ukulele, voice, violin, music theory, history of the art, Spanish and more, both for children and adults. “But musicians and artists share ideas and knowledge all the time, and have similar tendencies, so integration feels natural to us.”

It also seems natural for Jamie Heidelberg, who started working as a volunteer art teacher with the program after her daughter started taking Spanish lessons with Gloria.

“Studying art and music just forces your brain to work in new ways,” says Heidelberg. “The trial-and-error experience of drawing and painting, as well as learning to read music and understanding its technical aspects, are all very similar to learning a new language.”

From Cuba to Venezuela to Baton Rouge, Gloria’s personal experience speaks to the bridge-building potential of arts education. She names cultural appreciation as one of Palacios’ main artistic missions.

“Knowledge of the arts naturally fits into every period of a person’s life, even that of an engineer,” she says. “It gives people the tools to create new environments, to enhance creativity. And all of this is learned through art.

Day 1 of the Love and Harmony Cruise has made its mark, Day 2 is highly anticipated