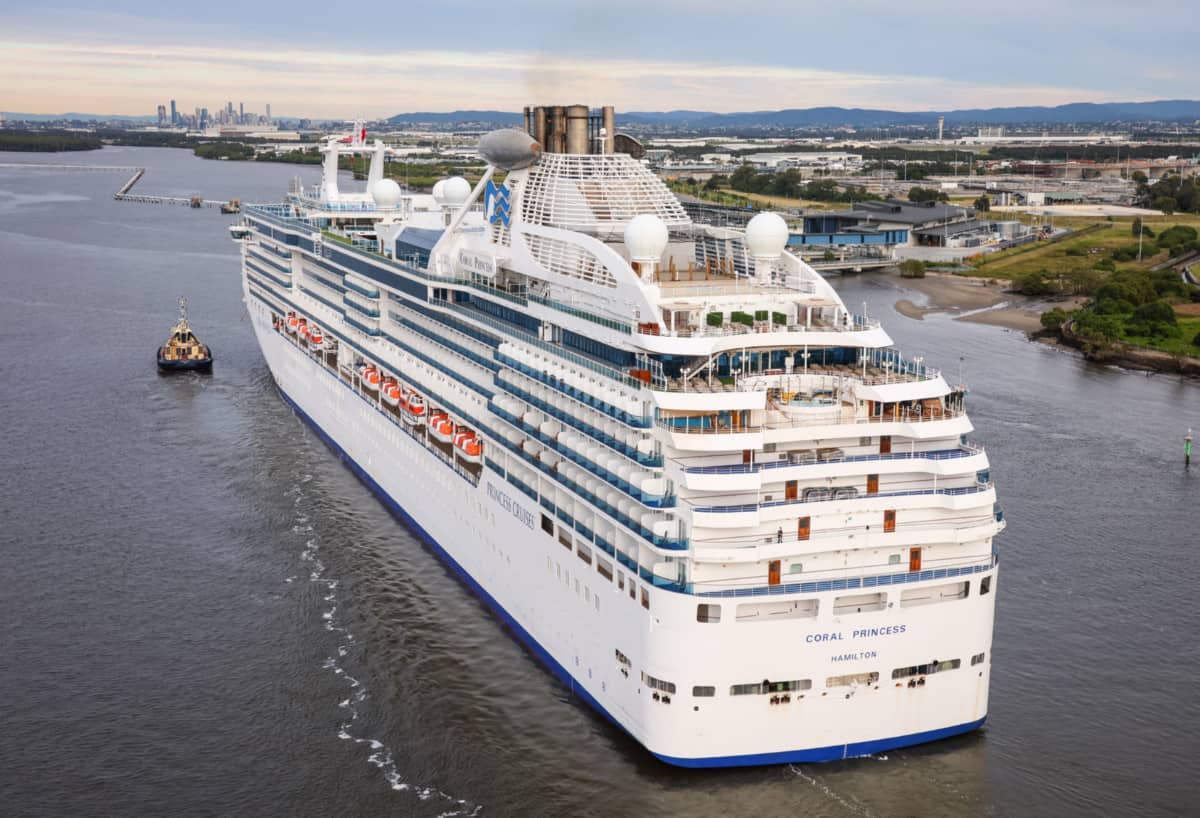 For the first time in more than two years, guests boarded a Princess Cruise ship in Australia today. Coral Princess, who arrived in the country last week, welcomed her guests from Brisbane’s new state-of-the-art cruise terminal.

Coral Princess is only the second cruise ship to resume operations in the country. Pacific Explorera P&O Australia cruise ship, departed Sydney for Brisbane on May 31.

The 88,000 gross tons princess coral welcomed its first guests on board in Brisbane since the global operations pause. Departing from the Brisbane International Cruise Terminal, the ship is only the second cruise ship from an Australian port.

During the past nine days, the vessel has been prepare your trip, making arrangements and ensuring the ship is ready for the strict COVID-19 measures in Australia. Today she welcomed the first guests, two of whom will remain on board for the next two years.

The Ansens have already sailed 31 times with Princess and spent 1,173 days at sea. They have been eagerly awaiting the cruise’s return to indulge their love of vacations on the high seas. By August 2024, the couple will be sailing on an incredible 53 different cruises , including two world cruises.

Jessica and Marty Ansen: “Cruising offers the ultimate vacation experience. You get on board, you only unpack once and you have all this amazing entertainment, amazing food, great company and you get to see the world. And the crew offers amazing service – that’s why we sail.

Cruising has a significant impact on the local economy

Princess Cruises’ senior vice-president for Asia-Pacific, UK and Europe, Stuart Allison, said last week that the season from the ship’s home port of Brisbane was expected to inject around 60 million Australian dollars into the Queensland economy in spending on crew and passengers, ship supplies and port charges.

“Queensland will be the focus of a new winter cruise schedule from Australia, demonstrating Princess Cruises’ commitment to cruising Down Under and the local travel agent community. Our focus on Brisbane also reflects the demand for cruise holidays among Queenslanders and growing interest in domestic cruises.

princess coral will offer its customers a wide variety of cruises between July and August from the new cruise terminal. These range from short 3 day cruises to longer 12 day cruises along the Australian coast.

The 91,627 gross tons princess coral, which has a capacity of 1,970 guests, will take a short break from Brisbane between August and November. During this time, the cruise ship will complete a 28-night circumnavigation of Australia. She returns to Brisbane in November, ready for the Australian summer cruising season.

Brisbane looks ahead to a busy summer

Ships departing from Brisbane are now a prelude to many ships calling at Brisbane during the Australian summer cruise season. From October, the number of cruise ship calls will increase dramatically.

Pacific Encounter, Carnival Spirit, Coral Princess, Majestic Princess, Noordam, quantum of the seasSeabourn Odysseyand Celebrity Eclipse having cruises departing or stopping over in Brisbane. While there are only five cruise ship calls in June, that number jumps to 22 calls expected in December.

The good news for customers is that the new Brisbane International Cruise Terminal has officially opened. For years, cruise ships over 270m had to stop at Brisbane Port cargo terminals because they were too big to turn back further upstream. It didn’t offer customers the most welcoming view in Brisbane.

great princess will join the other ships in Australia on November 2, sailing from Sydney for a 2-night voyage to Melbourne.

All quests that reward Fragments of Harmony in Lost Ark

Fragile oasis for some polar bears found, but not species – Daily Freeman