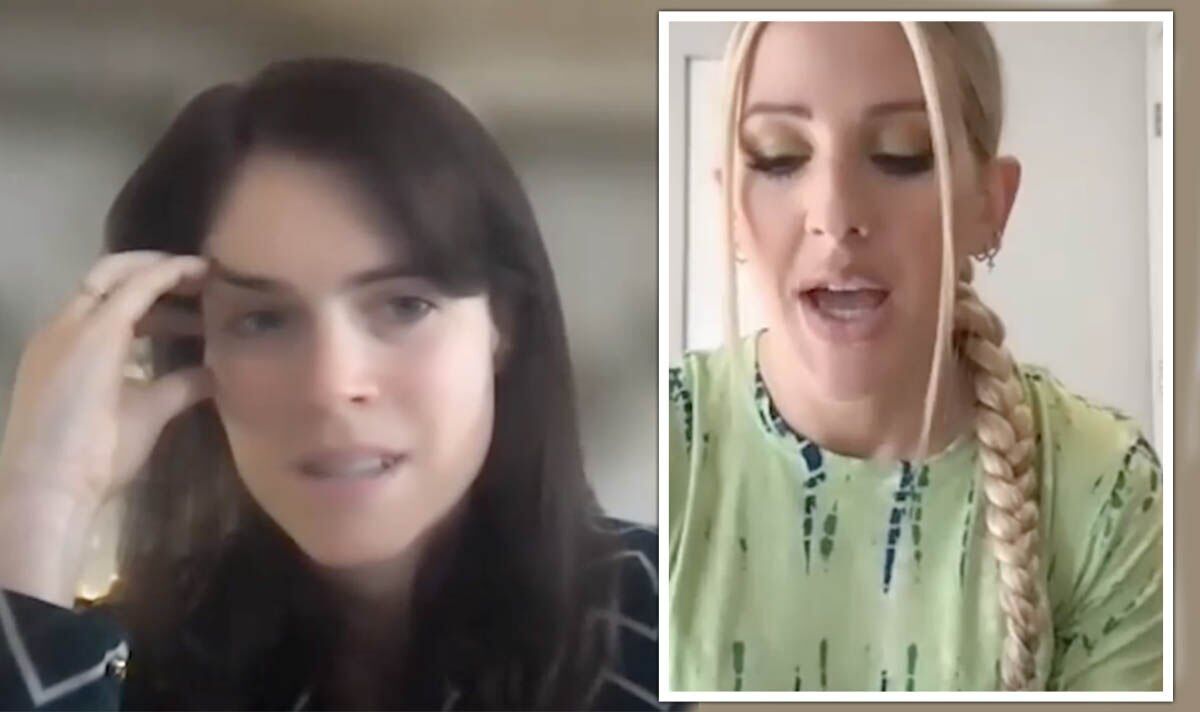 The youngest daughter of Prince Andrew and Sarah Ferguson played her part in highlighting the state of marine pollution and how to protect the biome as she led a series of mini-videos focusing on the ocean published on his Instagram account. In the latest video from the ‘Ocean Advocate Series’, Princess Eugenie spoke to her friend and UN Global Environment Ambassador Ms Goulding about the tons of plastic that end up in the seas every day and the phenomenon microplastics.

Featuring the video with a caption, the royal wrote on her Instagram account: “In the last interview in this series, and at the UN Ocean Conference, I spoke to my dear friend, environmental activist and ambassador @unep, @elliegoulding.

“We talked about how we can all make changes to protect the ocean and why it’s so important.

“Thank you Ellie for leading the way.”

She continued, “And finding out things like we’re dumping a truckload of plastic into our ocean every minute, every minute of every day… It’s awful.”

In the video chat, Eugenie could be seen shaking her head in shock as Ms Goulding warned of the dangers of microplastics.

She said: “And that plastic is then kind of broken down into tiny particles called microplastics, and I read a few days ago that they were first found in the rain in the Arctic, which is so scary.”

The artist underlined his conviction that taking an interest in and playing a role in the protection of the oceans is no longer an “eco-warrior” approach.

Princess Eugenie supports a cause in 2018 (Image: GETTY)

She added: “I just think it’s part of our responsibility as stewards of this planet.”

Asked by Eugenie what people can do to protect the oceans, Ms Goulding said: “First of all, you can make responsible choices with what you eat, and knowing where your seafood comes from is always Well.

“Obviously single-use plastics, if you can just be mindful and aware of that.

“Basically, we want as little plastic as possible to flow into the sea.

Princess Eugenie is one of the Queen’s granddaughters (Image: GETTY)

“Do some research, see what your local community could do, or maybe you could start something, you could be the person who starts something, that’s pretty cool.”

Eugenie’s series began on June 9, recognized as World Oceans Day, and ended before the final day of the United Nations Ocean Conference held in Lisbon between June 27 and July, 1st.

The royal has supported the cause of environmental protection for several years.

In July 2021, she becomes one of the ambassadors of the Blue Marine Foundation, an organization dedicated to the restoration of the ocean.

Princess Eugenie’s miniseries has been hugely appreciated by her Instagram followers, with many thanking her for taking the time to highlight the state of the oceans.

Instagram user roz_hundal wrote: “Thank you for using your platform to raise awareness of the need to take care of our home – from ocean to land, from the air we breathe to what we let’s eat… we have to protect the fragility of nature if we want to survive for years. Thank you”.

Another, g63.por, said: “Thank you so much for raising awareness of the cause.”

Princess Eugenie is not the only member of the royal family who regularly uses her platform to shine a light on the environment.

Prince Charles began five years ago to warn of the risks of pollution and the need to make changes in order to protect the environment.

While his calls for action were initially ignored as climate change and conservation issues were not high on the global agenda, the Prince of Wales is now widely recognized for his leading role in the protecting the planet.

Prince William and Prince Harry have followed in their father’s footsteps and have both launched eco-friendly initiatives.

The Duke of Sussex runs Travalyst, which aims to mainstream sustainable travel, while the Duke of Cambridge launched the decade-long Earthshot Prize competition in October 2020.