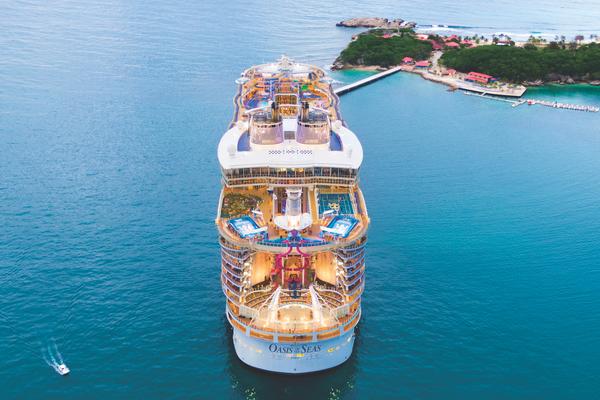 Royal Caribbean International’s 2024 European summer vacation season is on, with seven world-class ships in nine homeports as well as a range of iconic destinations including Iceland’s black sand beaches and the Amalfi Coast in Italy.

The 2024 cruise season opens with the European debut of the cruise line’s newly expanded Oasis of the Seas, departing from Barcelona and Rome. $165 million upgraded experiences include the Ultimate Abyss, the tallest waterslide at sea, four venues for stage, ice, water and theater entertainment, and a variety of restaurants and lounges, including Royal Caribbean’s first barbecue restaurant.

Odyssey, sailing from Rome and Anthem of the Seas from Southampton, England, is launching SeaPlex, the largest indoor-outdoor activity complex at sea, and a new Italian trattoria. North Star, an all-glass observation capsule, will take passengers 300 feet above the ocean and adventurers can experience RipCord through iFly’s skydiving simulator.

Other ships that round out the summer lineup include Explorer, Voyager, Jewel and an ultimate world cruise aboard Serenade of the Seas. Europe summer cruises last from five to 17 nights and include more amazing locations Reykjavik, Iceland; Ephesus, Turkey; the Arctic Circle, Rome and the Greek Islands.

Summer 2024 highlights in Europe include:

– Anthem of the Seas sailing from Southampton, England offers 7-night adventures in Spain and France or the Norwegian Fjords. 11- to 14-night cruises include stops in Lisbon, Portugal; Vigo, Spain; and the Canary Islands.

– Serenade of the Seas will depart from Dubai, the United Arab Emirates and Barcelona. The Ultimate World Cruise will explore multiple continents in two segments that make up half of the 274-night circumnavigation of the globe.

– Voyager of the Seas sailing from Ravenna and Rome, Barcelona and Athens, Greece offers 7-night sailings to Greece, the Western Mediterranean, Egypt and Israel. Cruises open for booking November 18.

– Jewel of the Seas departs from Amsterdam, the Netherlands. These 11-17 night cruises visit destinations like the Arctic Circle, the British Isles, Iceland and Ireland.