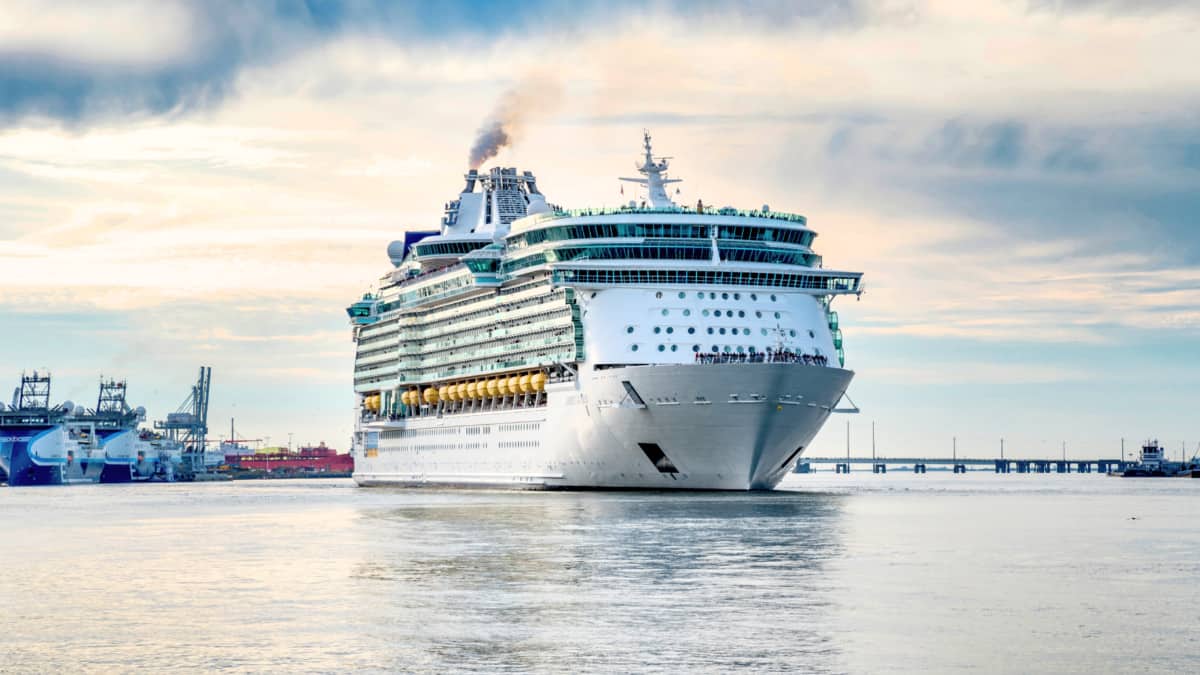 Now that a newly built cruise terminal in Galveston Wharves can accommodate the world’s largest cruise ships, the Texas Gulf Coast city is expecting big returns in revenue and reputation.

The terminal, a public-private partnership between Royal Caribbean Cruise Line and Galveston Wharves, elevates Galveston’s position as a major player among US cruise ports.

Royal Caribbean Oasis-class Allure of the Seasone of the largest cruise ships in the world sailing today and carrying 6,780 passengers, left the port of Galveston on November 13 for its maiden voyage on a seven-night Western Caribbean itinerary.

The impact of the terminal A “game changer”

In a statement with Royal Caribbean celebrating the grand opening of the new terminal, Port of Galveston Director Rodger Rees called the $125 million terminal a game-changer, saying it would generate 800 new jobs for the region. and $1.4 billion in local business services revenue.

The sprawling terminal, with 161,000 square feet on 10 acres, can accommodate up to 630,000 cruisers embarking in Galveston. The port has two other cruise terminals, but neither can accommodate the largest ships in the industry.

“As the only cruise homeport in Texas, we attract more than one million cruise passengers a year in a market of 30 million people,” said Rees, referring to pre-Covid statistics from 2019, when around 1.1 million cruisers boarded in Galveston.

In 2020, only 228,000 did so, according to port records. Other key drive-to markets that compete with Galveston include New Orleans, Louisiana, and Mobile, Alabama.

“There were doubts” Rees noted in a separate statement, “when Covid caused delays after the project was announced in 2019, but we all kept the faith. Thank you Royal Caribbean for your commitment to this project and for believing in Galveston during a difficult time for the cruise industry and ports across the United States”

Michael Bayley, president and CEO of Royal Caribbean, said the cruise line is “delighted to take family vacations to a whole new level in Texas.”

“Our new 161,334 square foot terminal opens up a world of vacation possibilities for families in the South West. Now our unrivaled Oasis-class ships, known as the best family vacations in the industry, can depart from Galveston,” he saidadding that Allure of the Seas “this is just the beginning.”

Like other cruise ports around the world, Galveston is banking on a banner year in 2023 as the cruise industry continues to stabilize and vacationers return to sea in large numbers.

Rees predicted the Port of Galveston will break records next year, with 362 sailings and a record number of cruise passengers leaving the port.

Rees said the forecast points to $58.7 million in total revenue at the port, including $40.5 million from its cruise business. He added that Galveston Wharves would be “reinvesting Port revenues to benefit the Galveston community with economic growth, jobs, and sales tax revenue. State and local taxes will generate nearly an additional $6 million,” he said.

Allure of the Seas will continue to operate seven-night Western Caribbean cruises through 2022, then offer four- and five-night cruises to Costa Maya and Cozumel in January.

Royal Caribbean Adventure of the seas, also homeported in Galveston, is currently sailing a series of four- and five-night cruises to Costa Maya and Cozumel. The ship can accommodate 3,835 guests.

From January 30, the 2,466 guests of Royal The shine of the seas will operate nine- and 10-night cruises from Galveston to the Western Caribbean, Southern Caribbean, Colombia, Panama and the Bahamas.

Other cruise lines seeing opportunities in Galveston include Norwegian Cruise Line. Its new Norwegian Prima, a 3,215-passenger ship, has completed two sailings since its October debut and will return to homeport Galveston for the 2023-24 winter season.

Things to do if you run out of money before payday