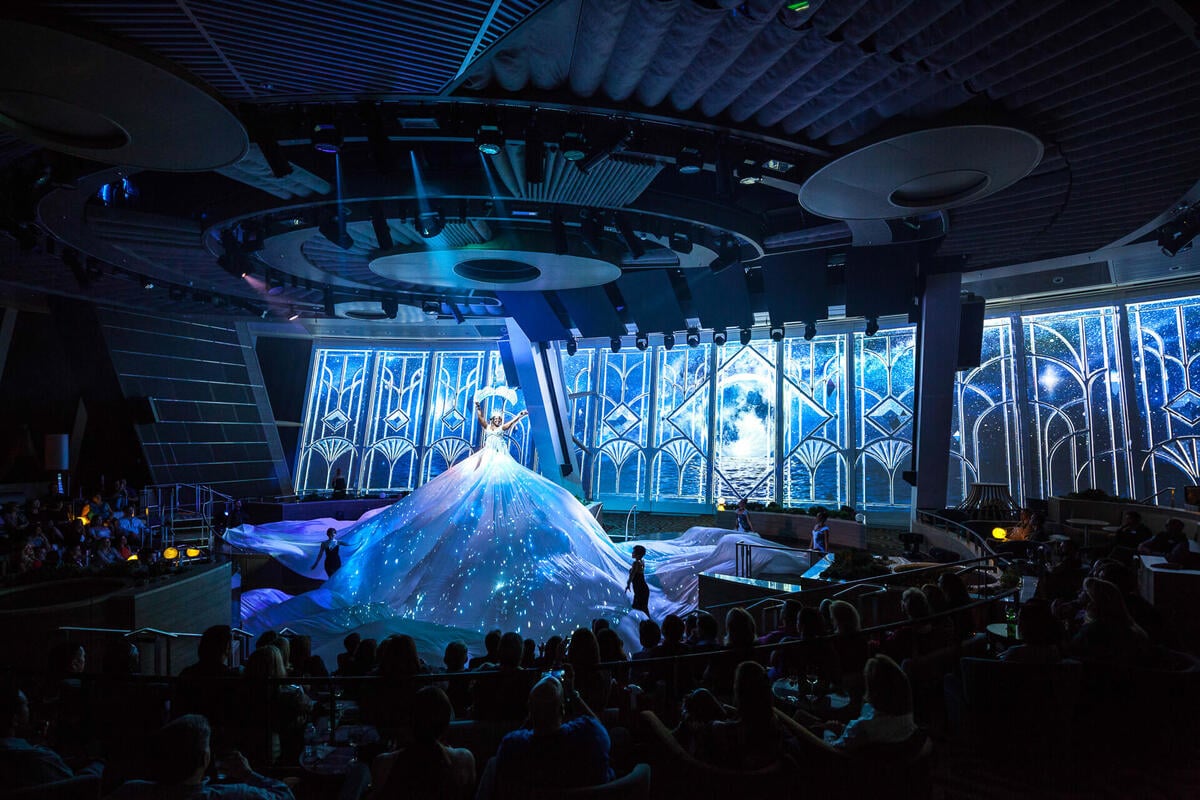 Royal Caribbean has always emphasized the importance of live entertainment on its cruise ships and plans to expand this commitment with a host of new hires.

The cruise line has announced a new plan that will open more than a thousand new positions.

Not only will the new hires augment the existing fleet of 26 cruise ships, but some will be hired to work on Icon of the Seas when it launches in 2023.

“We continue to push the boundaries of what is possible in entertainment in front of 105,000 guests each night, and the choice of career opportunities available to entertainment professionals number in the thousands. To continue raising the bar, we are expanding our incredibly talented roster of world-class singers, Olympic athletes, Broadway and West End stars, acclaimed producers and directors, to name a few.”

We are also committing more resources than ever before to music and entertainment for 2023.”

Royal Caribbean not only needs to hire new employees to staff its ships, but it sees this as an opportunity to help an industry that is still struggling to get back to business.

According to a report by Help Musicians in January 2022, seventy-five percent of musicians worry about their financial situation at least once a day and a quarter of them consider leaving their profession for good.

The survey was conducted in partnership with Censuswide and surveyed 3,000 emerging musicians and 4,500 music-loving consumers in the UK, Spain, Italy, Germany, Sweden and Norway. Highlights include:

Up to 25,000 artists from around the world audition for Royal Caribbean each year, with many training in its state-of-the-art 132,500 square foot entertainment studio in Miami.

Rachael Hudson works on Wonder of the Seas in Royal Caribbean’s original production “Effectors II: Crash ‘n’ Burn,” and has been employed by the cruise line for more than five years.

“In our industry, the opportunity to perform live and hone your skills every day is so rare, and I am truly capable of building a career at Royal Caribbean.”

“I work alongside the world’s most experienced producers, choreographers and coaches in the industry while traveling to amazing places like Miami, the Bahamas and Rome.”

“After the past few years, it’s amazing to be back performing live in front of audiences around the world.”

How do cash advance apps work and are they better than payday loans?