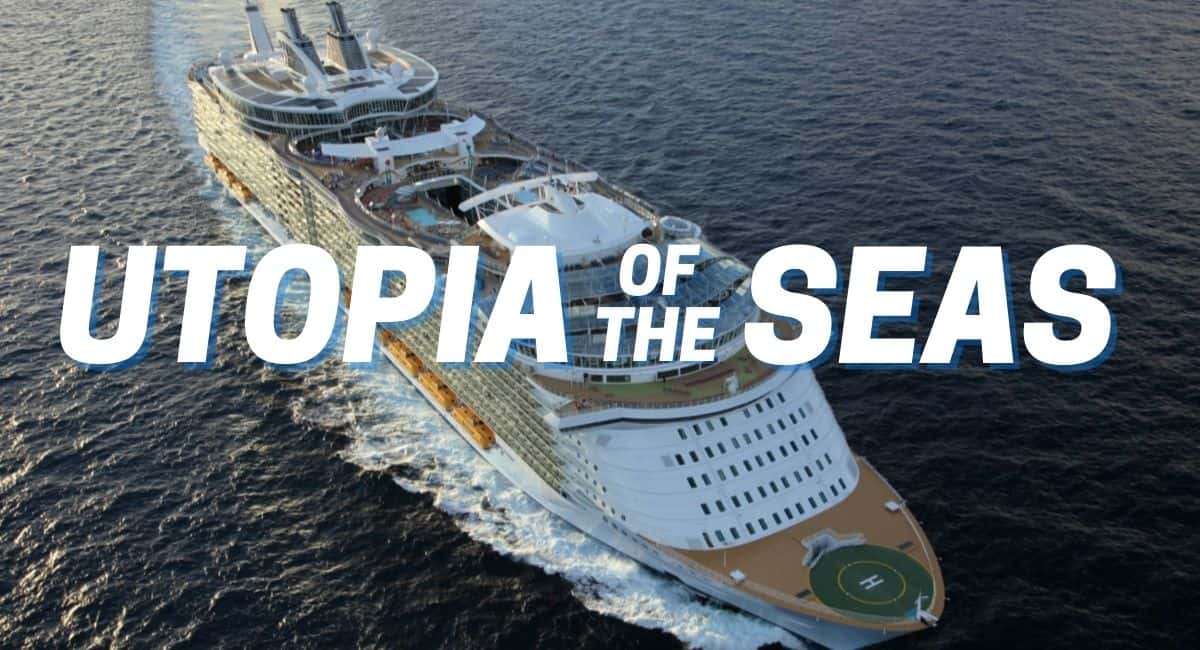 Royal Caribbean revealed that utopia of the seas will be the name of its sixth Oasis-class cruise ship. It was revealed during the steel-cutting ceremony at the Chantiers de l’Atlantique shipyard in Saint-Nazaire, France.

Utopia of the Seas name revealed

utopia of the seas will become the name of the sixth Oasis-class cruise ship, as announced during the future ship’s steel-cutting ceremony at the Chantiers de l’Atlantique shipyard in Saint-Nazaire, France.

Physical construction has now begun on the popular shipyard’s giant mega-ship and, when complete, will exceed wonder of the seas as the largest cruise ship in the world. The vessel will weigh over 236,877 gross tons and have a capacity of over 5,735 passengers based on double occupancy. According to a local report in France, utopia of the seas could reach 250,000 gross tons.

“This is the twenty-third cruise ship that RCL will build at our shipyard, and we are particularly proud of it,” said Laurent Castaing, managing director of Chantiers de l’Atlantique, when closing the deal in 2019. “This order reflects the trust that our client places in us, based on the exceptional quality of our long-standing cooperation between the two companies and on our ability to provide innovative solutions to meet our clients’ expectations.

utopia of the seas should be nearly identical to her sister ships in terms of design, but with a few additional new features that have yet to be revealed. Not much else is known about the upcoming cruise ship, but it is expected to continue the neighborhood concept.

sister ship wonder of the seas expanded with the new Suite neighborhood and added a few new places compared to others in the same class.

Also Read: Wonder of the Seas vs Titanic – A Giant Comparison

The deal to build another Oasis-class vessel was reached in February 2019, and now the design phase is moving to the physical construction of the individual blocks. Each block will eventually come together to make an entire ship.

There will be milestones during construction, including the laying of the keel, which marks when all the blocks begin to come together. utopia of the seas will then be launched for the first time, and finally, critical sea trials to ensure it is seaworthy.

utopia of the seas is expected to be completed in 2024. Royal Caribbean has not yet announced where the ship will depart from or released renderings. Further details will be announced at a later date.

This news comes on the same day as Royal Caribbean celebrated the laying of the keel of Icon of the seas at the Meyer Turku shipyard in Finland. The vessel will be the first in the fleet to be powered by LNG.