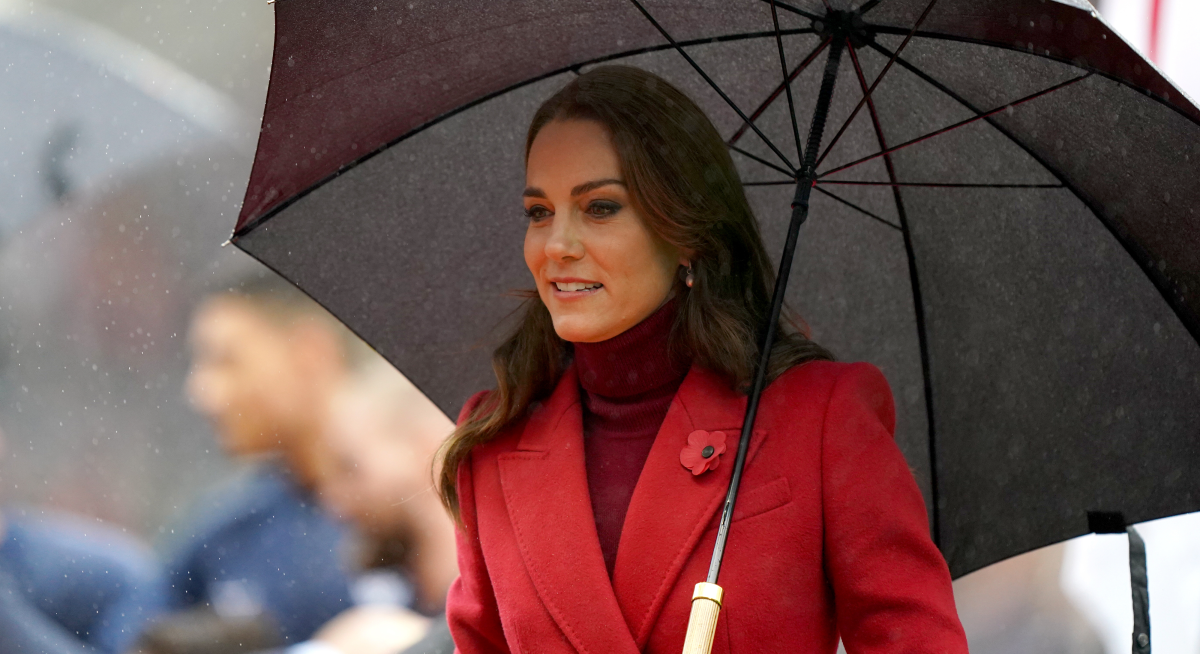 The Princess of Wales looked stylish in red as she prepared to watch rugby in the rain on Saturday.

Prince William’s wife, 40, cheered on England as they took on Papua New Guinea in the Rugby World Cup quarter-final in Wigan.

The royal mother-of-three stayed cozy in a double-breasted button down coat by Alexander McQueen which she has worn on several occasions.

In October 2020, Kate wore the coat for a visit to the ‘Hold Still’ exhibition at the National Portrait Gallery in London, and, two months later, on a trip to Cardiff with Prince William.

For her latest outing, the princess paired the signature piece with a burgundy red turtleneck and a pair of brown suede heeled boots.

She also wore a pair of pearl earrings and a red poppy on her lapel ahead of Remembrance Sunday next weekend.

Due to the drizzle, Kate stayed dry under a black umbrella as she waved to the rugby players on the pitch.

The Princess took over the role of Prince Harry, having stepped back as a full-time working member of the Royal Family in 2020.

Captioning a video in which she is holding a rugby ball, the royal wrote: “I look forward to working with them at all levels of the games and cheering on England in what promises to be a year exciting for both sports!”

On Thursday, Kate wore a camel coat with £5 earrings from Accessorize for a trip to Scarborough.