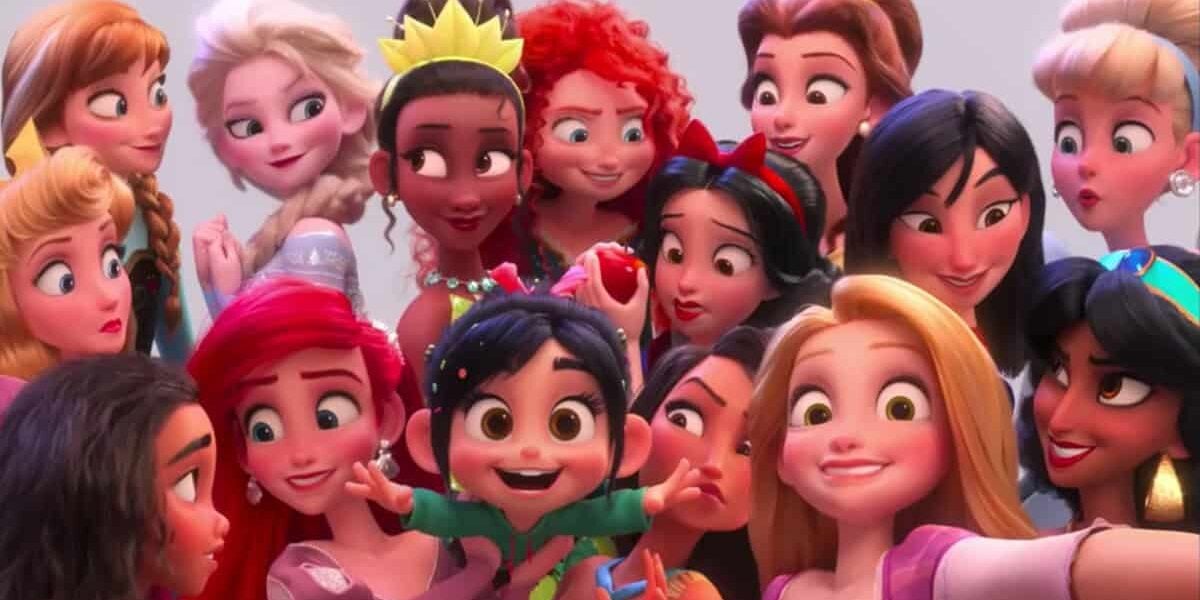 The Walt Disney Company’s very first animated feature film, Snow White and the Seven Dwarfs (1937) changed the game with its groundbreaking animation and gave the then struggling company its legs for years to come. Disney’s legacy is therefore essentially built on the “Disney Princess movie” as a concept – and the legacy lives on to this day. Not only are the Princess Face characters among the most sought-after experiences for cast members at Disney Parks around the world, but playing a simple melody of some of these Disney Princess songs is enough to transport many people right into their childhood. It’s unbeatable cultural capital, right there.

Well, they must have an animal sidekick, right?

Honestly, the most definitive thing about Disney Princesses – besides being from a Disney animated feature – is that they encompass the right “spirit”. It’s that spirit of “wanting more” than their situation allows, daring to step forward and make a change, and being willing to go to great lengths to do so. Sea-Witch offers, defying authority and working hard for your dreams matter!

They don’t have to be royalty per se (hint: a good number of them never go near a crown), but they do have to have a particular kind of sparkle. Call it naivety, or call it a special brand of Disney savvy.

How do we decide “the best”?

We’re not necessarily looking at who won ‘Best Original Song’ here – but mainly if they bring home the wishes, desires, ambitions or emotions of the princesses. Something that sums up who they are and pushes the boundaries of their story. “The best” could easily be the most catchy, or the most effective, or the most evocative. Perhaps all of the above.

“People will come here from everywhere!”

This brave little number of The princess and the Frog is a fun and unforgettable song from an often underrated Disney animated film. Here, Tiana proclaims her dream of starting her dream restaurant (and also fulfilling her late father’s dream of feeding the community) from the literal rafters of the dilapidated building she wants to turn into Tiana’s Palace.

It’s a ridiculously fun song that dives into a distinctly different art style, which adds to the “deco” vibe of 1920s New Orleans at the time! Rose’s sweet voice adds plenty of punch to this hard-working princess and marks a bittersweet farewell to Walt Disney Pictures Animation’s latest 2D project.

“Seven in the morning, the usual morning queue!”

Mandy Moore as Rapunzel sings softly in Tangled(2010) opening number, and her singing voice is the first thing you hear after the title card. It effectively sets the stage for a tale of teenage rebellion – and a surprisingly swashbuckling adventure filled with action, magic, secrets, handsome thieves and emotional abuse! The song definitely sets the tone for the film and sets the scene – TangledThe protagonist of is a starry-eyed girl who dreams of seeing lanterns on her birthday. As a character, audiences learn that she’s highly creative (I mean pottery, ventriloquism AND candle making?) surprisingly optimistic, and above all, bored.

This fun opening song lets its stream-of-consciousness lyrics flow like animated Rapunzel does – fluttering around her tower before Mother Gothel (Donna Murphy) can call her to “let her hair down”, or Flynn Ryder /Eugene Fitzherbert (Zachary Levi) can sneak into his quarters. With a rather modern rattling guitar and a melody oozing with perfectly Princess-y pop charm, this Disney Princess song is another iconic number from Disney Legend Alan Menken.

“I’ve been staring at the water’s edge for as long as I can remember, not really knowing why.”

Another fantastic Disney piece from the famous and fundamentally Disney darling, Lin Manuel-Miranda!

Auli’i Cravalho’s strong yet emotive voice strikes true in this definitive song “I Want.” She’s dreamed of the ocean all her life, and her family has been trying to stop her for about as long. She feels conflicted and can’t look away – and it’s only when she gives in to that call that the mystery unfolds and she learns to embody her potential.

It’s a brilliant foreshadowing wrapped in a catchy melody backed by a Polynesian-inspired beat that grows with Moana’s emotion!

Can we consider the two as the same song?

Belle’s (Paige O’Hara) trip to her poor country town will forever be a staple of the Disney canon. O’Hara’s voice resonates with clarity and a kind of maturity – she is above all a dreamer. The practical people of her town (and Gaston) find her odd because she is stubborn and absent-minded – and despite her polite greetings, she is dismissed as an outcast for simply being a bit “weird”. The sheer joy with which Belle tells the stories she reads in the books to her listening sheep friends is something iconic to behold and spark with the magic of Disney. You can basically hear O’Hara smiling in the vocal booth!

And the cover – which essentially continues the melody to its inevitable conclusion – really embraces Belle as a character. She “wants so much more than they bargained for,” and that perfectly foreshadows how she gets everything she desires…but maybe not in the way she imagined. The work of composer Alan Menken – and especially lyricist Howard Ashman – is surprisingly apparent here, in one of his last projects before his passing.

“When will my reflection show who I am inside?”

This song hits hard in a multitude of ways – it’s an exploration of Mulan and her family duties, the kind of filial piety expected of her culture and society, her role as a woman, all at war with her morals. , his dreams and his love for his family . This very love for her family puts her at odds with herself – and she expresses this conflict through the most heartbreaking melody.

Lea Salonga takes this song to new heights with her clear, crisp vocals and the nostalgic emotion in her voice. That moment of her bowing to her ancestors with her face half made up is one of the most striking and powerful images in Disney history. “Family, love and self” is Mulan’s spell. And that moment makes her final decision all the more real in the following scenes, when she makes the decision (spoilers) to leave for the military, under her father’s name.

This soft, swinging melody takes second place, with Ilene Woods’ beautifully rounded yet innocent vocals creating one of the most time-resistant melodies the Walt Disney Company has ever made. The song is simple in its premise – with Cinderella in conversation with her bird friends – wishing and hoping for a better future, in classic Disney fashion.

Many see this as some sort of silly, “look pretty and do nothing” song, but it’s reminiscent of the kind of “never say never” attitude employed by Walt Disney himself. Dreaming big (and it’s implied, moving towards it) inevitably brings you to your goal – but it’s about maintaining that hope that’s crucial to making those dreams come true. It’s a simple song, with an effective message.

When you sleep, your deepest desires come to light – letting go of those dreams will never bring you closer to happiness.

The icon who started a Disney Renaissance.

The beautifully animated, wonderfully sung and spectacularly composed Disney Princess tune from 1989 The little Mermaid decades defined for The Walt Disney Company – and that’s largely thanks to two bright-eyed guys working at Disney, at a time when the company wasn’t doing too well.

Howard Ashman and Alan Menken are pretty much the geniuses behind Ariel and her vocals – the late Ashman insisting that the song flows naturally from speech to music, growing organically as the old musical theater adage goes: “ when emotions are too much for words, sing; and when the emotions are too strong for the music, dance. “Part of Your World” takes audiences on a magnificent surge of emotion and Ariel’s longing for the surface world – paired with the stunning animation that rocked the industry, this song takes No. because of its sheer narrative expressiveness. Without doubt, the best song of the Disney Princess group.

There are iconic clips of Jodi Benson, Ariel’s voice actor, having to do multiple takes at Ashman and Menken to change the tone of her voice from “Broadway-level projection” to soft, introspective and personal in “Part of Your World”. In his words, “every little breath you take is huge”. It’s a masterclass in directed storytelling, and has rarely been surpassed since.

Civilizations may rise and fall, but the Disney Princesses will always be there…as long as there are people to perceive them. And sing.

An honorary mention goes to 1959’s “Once Upon a Dream” Sleeping Beauty — but because it can be considered a pairing duo between Princess Aurora/Briar Rose (Mary Costa) and Disney Prince Phillip (Bill Shirley), we’ve skipped it for this list.

We hope you enjoyed our list of the best Disney Princess tunes and had fun humming (or blasting) along with us.

So, what did you think of this list ranking the best Disney Princess songs ever made? Is there anything we missed? Share your opinion in the comments below!