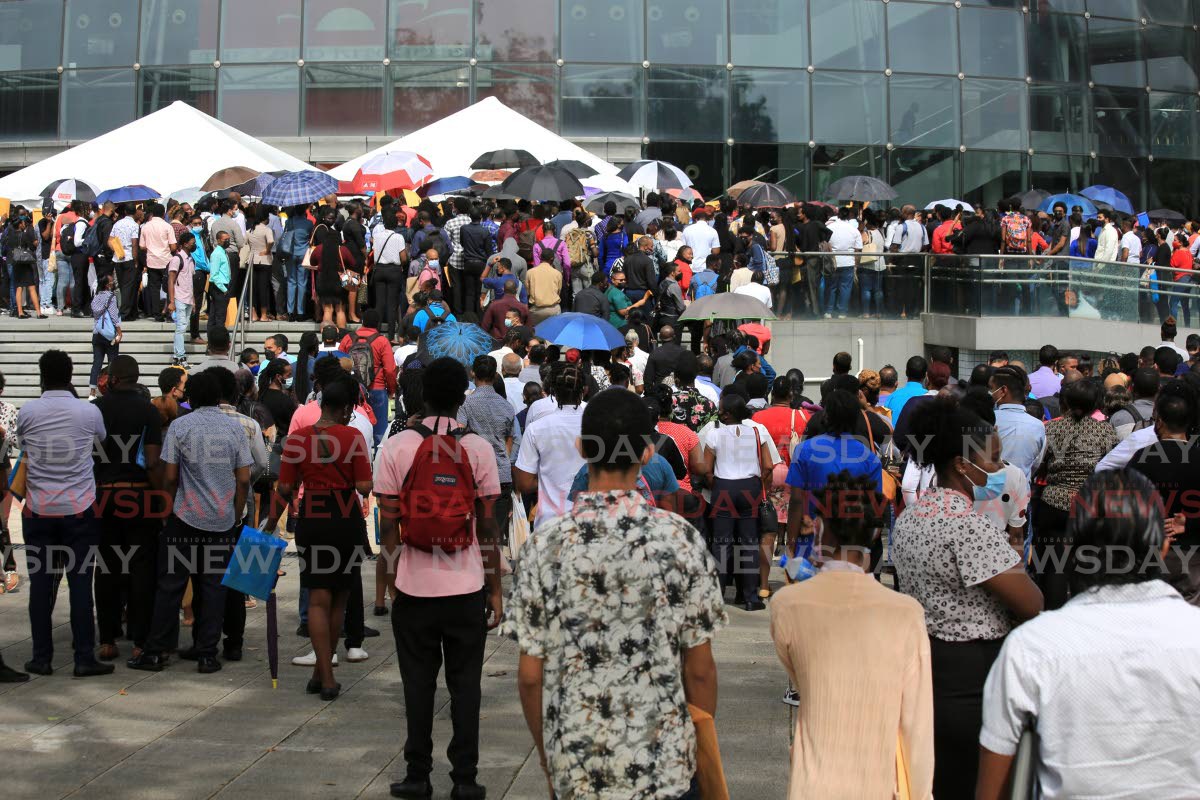 Thousands wait in NAPA for jobs on cruise ships

Crowds stood on the sidewalks and in the parking lot in the scorching sun. Others blocked the entrance, prompting the police to move them.

An officer on patrol, who gave an estimate of the number of applicants, said officials told him there were only three investigators inside NAPA.

Each candidate was to be interviewed for ten minutes during the allotted time, from 9 a.m. to 4 p.m.

Newsday visited around 10:30 a.m. when groups of people were seen, some holding snow cones, others kraft paper envelopes containing their documents, hoping for their turn inside. Some candidates said there should have been better planning to reduce congestion.

Many appeared to be in their twenties, but there were also more mature people and a wide cross section of the population seemed to be represented.

One contestant, who said his name was Andre, lamented: “I came here and saw about 1,000 people – and my hopes just dropped.”

André is a chef who wanted this job to gain more experience, which he would then use to open his own food business and bakery. He said he cooks “on the side” and selling sweetbreads and cakes kept him afloat during the covid lockdown.

He said if he doesn’t walk through the doors of NAPA, he’ll try out the Southern Academy for Performing Arts (SAPA) in San Fernando on Wednesday, when a similar recruiting drive is scheduled.

Kareem Richard, 22, said: “I know it will be a good thing to help myself and my family as well.”

Richard said his biggest motivation for applying for a job with the cruise line was to support his family. He is hoping for a maintenance position since that is what he has known and done throughout the pandemic.

He added that it could also help him improve and give him a unique experience.

One woman seemed to have lost all hope of getting an interview, as she said: “Well, I’m thinking of going home. It’s confusing and uncomfortable because of the covid19 situation, and seeing so many people crammed in here, it’s scary.”

Melissa Timothy wished there was more order to get more people in and speed up the process. She said getting the job would be a nudge in the right direction, as she has suffered from job instability during the pandemic.

Deja Mitchell said she wanted to “gain uncomfortable experience by doing something new”.

“I can’t say much more because it is a Royal Caribbean event and not a ministerial event. We facilitated the venue and the organization. A few small hiccups yes, but it went well afterwards.”

Labor Minister Stephen McClashie could not be reached to comment on the huge turnout.

The Ministry of Tourism, Culture and the Arts signed a memorandum of understanding on May 23 with Royal Caribbean Cruise, to provide jobs for around 2,000 TT citizens on the company’s cruise ships.

These 2,000 people would be eligible under 500 job titles in various categories, such as restaurant management, culinary arts, customer service and customer relations, hotel management and entertainment.