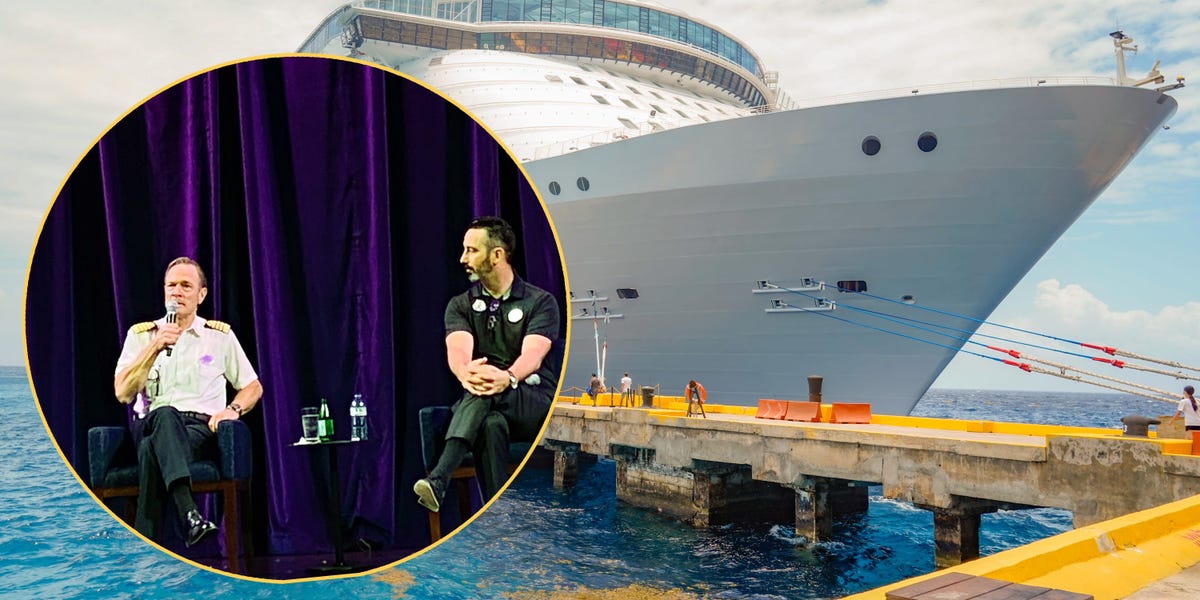 On a cruise, travelers have the freedom to experience multiple destinations in one trip with port stops where they can leave the ship and explore somewhere new.

But cruise ships operate on a tight schedule, often allocating passengers only around seven or eight hours for a one-day stopover, sometimes even less. This leaves a lot to wonder, what if you are late getting back to the ship?

Will the captain be expecting you?

The answer is maybe.

While on a recent cruise aboard Royal Caribbean’s Wonder of the Seas, the world’s largest cruise ship, Insider attended a Q&A with Captain Rob Hempstead, where he answered this question.

Hampstead, who has been a Royal Caribbean captain for 17 years, began his career in the fishing industry in Alaska, where he fished for 14 years before becoming a captain. Prior to Wonder of the Seas, Hampstead captained seven other Royal Caribbean ships, including Oasis of the Seas and Symphony of the Seas.

The most stressful parts of a cruise for the crew are getting out of ports on time, he said, “Because the faster we go, the more fuel we have to burn.”

Some people arrive late and as a result are left behind, he added.

However, that doesn’t mean he won’t wait for you, you just need to know what to do.

When will a cruise ship expect passengers?

There are two cases in which the ship will wait. The first is if you return late from an excursion organized by a cruise line. Since the excursion is only supposed to take place during the allotted time in port, the ship will be waiting for passengers coming from a late cruise excursion.

However, if you’ve spent the day independently, there are some steps you need to take to make sure you don’t get stuck.

If you’re late, call the ship’s agent to alert the cruise that you’re late, he said. On Royal Caribbean cruises, this number can be found at the bottom of Cruise Compass, a daily flyer that all passengers receive in their cabin each day detailing the day’s activities.

The agent may also be referred to as a port agent, according to a copy of Cruise Compass obtained by Insider.

Whether or not the ship can wait for you will depend on how late you are, he added.

“If I know you’re 10 minutes away, I can make an informed decision on whether or not we can wait,” Hampstead said. “We will wait if we can.”

Of course, if that’s you, you’ll have to run to the ship’s dock with many passengers watching, wondering what’s holding them back, as they quickly realize it was you. Instead, always plan your day with plenty of time to return to port, or better yet, book your excursions through the cruise line.